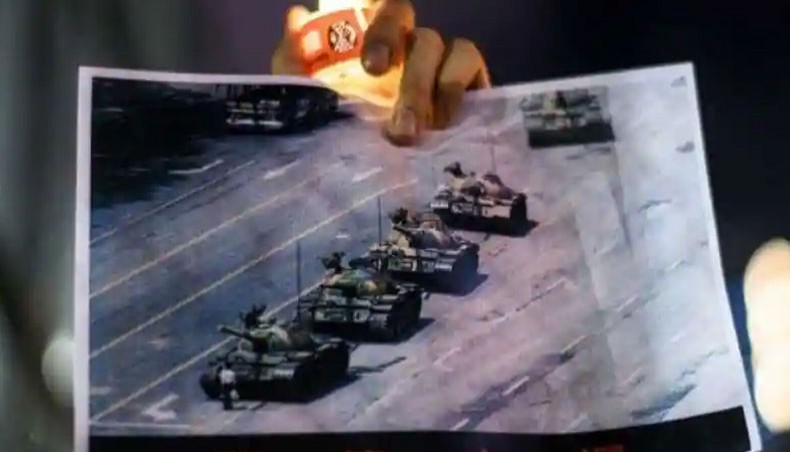 A man holds a poster of the famous 'Tank Man' standing in front of Chinese military tanks at Tiananmen Square in Beijing on June 5, 1989, during a candlelit remembrance in Victoria Park in Hong Kong on June 4, 2020. --AFP photo

Searches for the famous Tiananmen Square ‘Tank Man’ protest photo came up empty on Microsoft search engine Bing on Friday, raising censorship concerns on the anniversary of the deadly crackdown.

The award-winning photo from 1989 was not served up in image or video searches using Bing even outside China, a country known for strictly controlling what is available online.

‘This is due to an accidental human error and we are actively working to resolve this,’ a Microsoft spokesman said in response to an AFP inquiry prompted by US press reports.

Meanwhile, searches for Tank Man using Google, which has some 92 percent of the global market for online queries according to Statcounter, turned up an assortment of pictures along with the iconic one by photographer Charlie Cole and others.

Google search is not offered in China, where censors have purged Tank Man from the internet. Baidu is the dominant search engine in China.

The Tank Man photo shows a lone protester in a white shirt blocking the path of a column of tanks in Tiananmen Square in Beijing in 1989.

Hundreds were killed in the crackdown, by some estimates more than 1,000.

In mainland China, the Tiananmen anniversary is usually marked by an increase in online censorship and the square in Beijing placed under tight security.