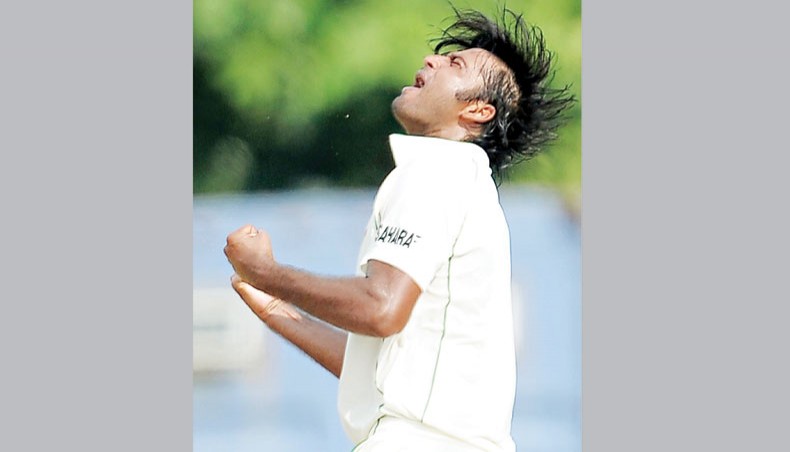 Controversy-laden pacer Shahadat Hossain was overwhelmed after returning to the cricket field once again after the Bangladesh Cricket Board lifted his ban for slapping a team-mate on the field considering his family crisis.

In November 2019, Shahadat was banned for five years by the BCB for slapping Arafat Sunny Junior during a National Cricket League match between Dhaka and Khulna.

Shahadat admitted his guilt and submitted a plea to the BCB to lift his ban as his mother is suffering from cancer and the former national pacer is unable to bear the huge expenses of her treatment.

On humanitarian grounds, BCB lifted the ban and allowed Shahadat to play in the ongoing Dhaka Premier League for his side Partex Sporting Club on Saturday.

Though Partex lost the match to Old DOHS by 10 wickets, Shahadat was very happy to bowl again.

‘During this time, I practiced but playing a match is something really different. It gave me a lot of confidence,’ he added.

Shahadat also thanked the BCB officials for lifting the ban and granting him permission to play again.

‘My mother is a cancer patient; I have no other way to earn money for her treatment. I am grateful to Akram [khan] bhai, Sujan [Khaled Mahmud] bhai for their help in lifting the ban and giving me a chance to play cricket. I am also thankful to the media,’ added the right-arm pacer.

The pacer and his wife had earlier been charged of torturing an under-age domestic help in December 2015.