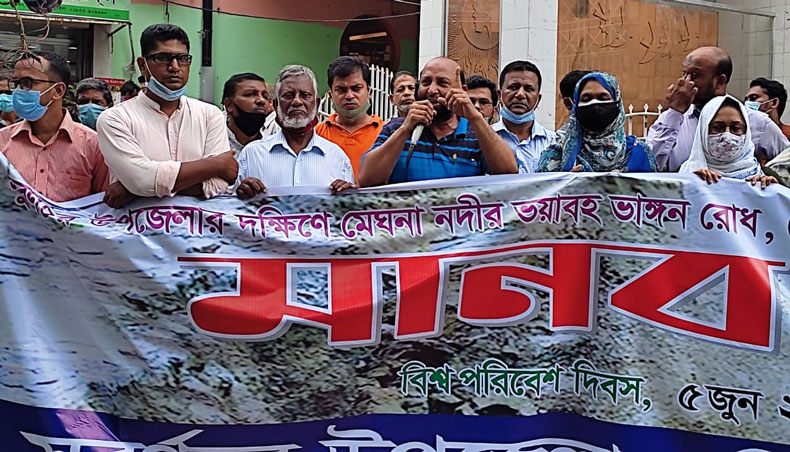 Speakers at a human chain on Saturday urged the concerned authorities to take actions to evict illegal occupation from the River Meghna at Subarnachar upazila in Noakhali.

Speakers said that Subarnachar area was disappearing in Meghna. Houses and educational institutes were also disappearing in the river. The authorities should build an embankment to prevent land erosion.

They said that some influential people occupied River Meghna. Authorities must take actions against them, they added.