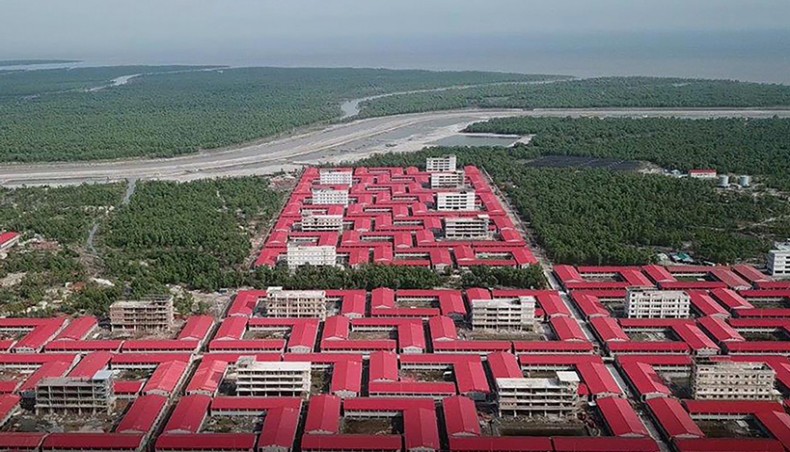 Two senior officials of UNHCR, the UN refugee agency, arrived in Dhaka on Sunday on a four-day visit to see Rohingya situation both in Cox’s Bazar Rohingya camps and Bhasan Char.

They will hold meetings with the officials in Dhaka and are planning to visit Cox’s Bazar and Bhasan Char, a senior official told UNB, adding that the programmes are yet to be finalised.

They are likely to go to Bhasan Char first, most probably on Monday, said the official.

Bangladesh is hosting over 1.1 million Rohingyas in Cox’s Bazar district and Bhasan Char and Bangladesh is expecting UN agencies engagement in Bhasan Char within next couple of months to provide humanitarian services there.

The government has a plan to shift 100,000 Rohingyas in Bhasan Char gradually while around 20,000 are already shifted there.

Bhasan Char, a temporary shelter for Rohingyas until repatriation, remained unhurt with no casualty to personnel and livestock though cyclone Yaas caused damage to some extent in coastal areas.

Preparation to face challenges of Cyclone Yaas has become a proven guideline for facing future cyclones, says a senior official of the government adding that it brought confidence amongst all at Bhasan Char.

The Bhasan Char island also remained unaffected during cyclone Amphan though it caused damages in coastal districts of the country, he said.

During his recent visit, United Nations General Assembly president Volkan Bozkir highly appreciated Bangladesh’s efforts for Rohingyas in Bhashan Char, saying it will be another example to the world on how to deal with the refugee issues.

‘I really applaud the work done there – the quality of buildings and also taking all the precautions. I think this will be another example to the world on how to deal with refugee issues,’ he said.

Bozkir hoped that this would work well for the Rohingya people, giving them a better condition in Bhashan Char.

The UNGA president said he could not visit Bhasan Char but he saw a video on it and acknowledged the high-level of works there, including precautions and safety measures.

Bozkir appreciated Bangladesh’s role in the peacekeeping operations and sacrifices of the Bangladeshi peacekeepers for the peace and security of the world.

The UNGA president said he has admiration for prime minister Hasina for her political and humanitarian thinking and saluted the hospitality and courage that Bangladesh has shown to the Rohingya people.