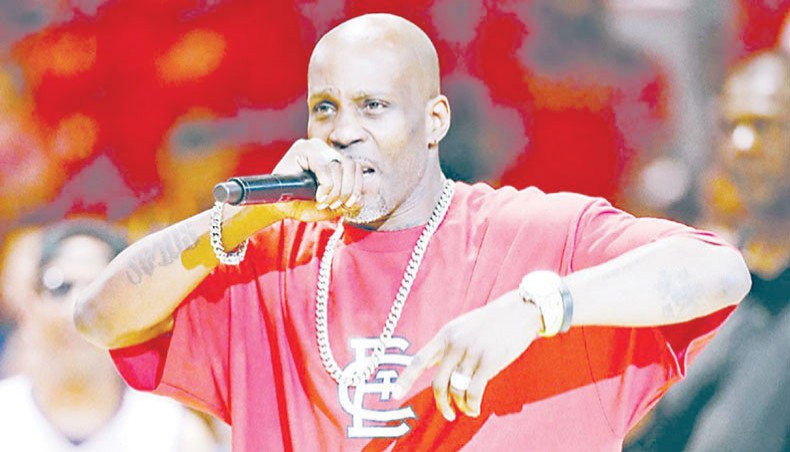 The rapper DMX was priming for a career comeback in the months before his shock death, ready to release his first studio album in nearly a decade.

But the 50-year-old who reigned over the late 1990s and early 2000s with five albums debuting atop the US songs chart did not live to see the release of ‘EXODUS,’ his posthumous album out Friday with Def Jam Recordings.

A sentiment of redemption streaks the 13-track record, a heartbreaking theme after the artist’s death.

He died in hospital on April 9 after nearly a week on life support following a heart attack.

His eighth official album features cameos from hip hop’s upper echelons, including Jay-Z, Nas and Snoop Dogg, along with appearances from Alicia Keys, Usher and Bono.

DMX’s trademark bark fierce as ever, the New York rapper’s raw, hard-driving delivery is showcased on tracks, including ‘That’s My Dog,’ ‘Hood Blues’ and ‘Bath Salts.’

But his soulful, poetic vulnerability is also on full display, with the song ‘Hold Me Down’ set to fervent piano. In ‘Letter to My Son’ the father of 15 raps of his inner pain and life of tumult over the moving tones of a violin.

‘My brother X was one of the most purest and rare souls I’ve ever met. He lived his life dedicated to his family and music,’ Swizz Beatz said in a statement ahead of the album’s release.

‘Most of all, he was generous with his giving and loved his fans beyond measure.’

Raised in the New York suburb of Yonkers, DMX endured a grim childhood, growing up in housing projects with his mother and siblings where he suffered abuse.

At 14, he began suffering from addiction and entered a cycle of incarceration, both of which would persist throughout his life.

But as an artist who exuded both hypermasculine swagger and simultaneous tender sincerity, DMX’s powerful, gravelly voice left an indelible mark on hip-hop and gained him legions of fans.

DMX’s death sparked weeks of emotion and tributes, especially in his native New York, where his music blared from car radios. Many people said his openness concerning his personal struggles helped them accept and handle their own inner turmoil.

‘This album, X couldn’t wait for his fans all around the world to hear and show just how much he valued each and every single person that has supported him unconditionally,’ Swizz Beatz said.