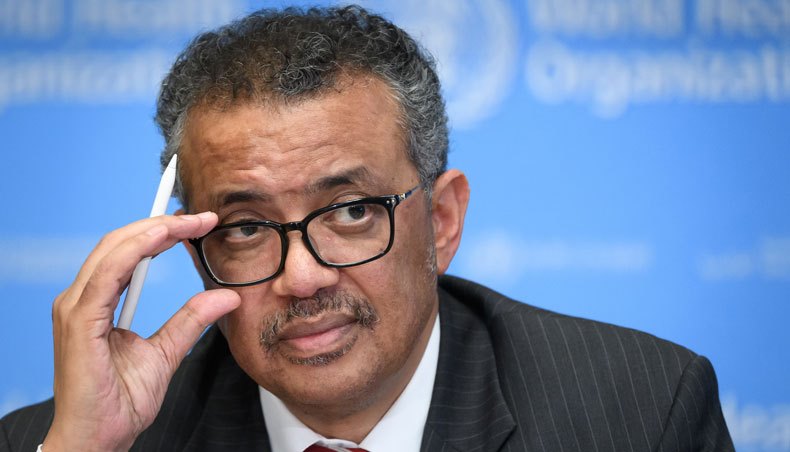 At least 115,000 health and care workers have died from Covid-19 since the beginning of the pandemic, the World Health Organsation chief said Monday.

‘For almost 18 months, health and care workers all over the world have stood in the breach between life and death,’ WHO director-general Tedros Adhanom Ghebreyesus told the opening of the organisation’s main annual assembly.

‘Many have themselves become infected, and while reporting is scant, we estimate that at least 115,000 health and care workers have paid the ultimate price in the service of others.’

Tedros also called for a huge global effort to ensure that 10 per cent of the population in every country is vaccinated against Covid-19 by September.

The WHO director-general called for a ‘massive push to vaccinate at least 10 per cent of the population of every country by September’, at the assembly.