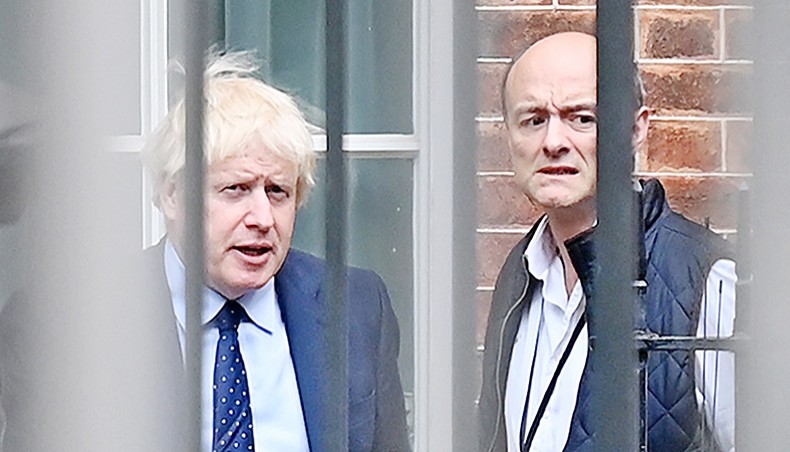 Ahead of a much-anticipated hearing into Britain’s coronavirus response, former chief adviser Dominic Cummings has accused prime minister Boris Johnson of lying about pursuing a strategy of herd immunity when the pandemic first hit.

Cummings is due to give evidence to the House of Commons select committees on health and science on Wednesday, and has already suggested he has a crucial document that will expose the government’s handling of the pandemic when it first arrived in Britain early in 2020.

The influential adviser was sacked at the end of last year, and has recently been involved in a war of words with Downing Street, which accused him of leaking internal conversations and documents to the media.

Cummings tweeted that the government initially intended to treat the virus like the flu and pursue a strategy of herd immunity by building up natural defences, but Johnson has denied that was ever the official plan.

‘No10 decided to lie... V foolish, & appalling ethics, to lie about it,’ Cummings tweeted late Saturday.

Herd immunity by September 2020 ‘was literally the official plan,’ he said.

‘The right line wd have been what PM knows is true: our original plan was wrong & we changed when we realised,’ he added.

The initial herd immunity strategy was abandoned less than two weeks before the first lockdown in March 2020 and ‘is a fundamental issue in the whole disaster’, he also said.

‘If we’d had the right preparations + competent people in charge, we wd probably have avoided lockdown1, definitely no need for lockdowns 2&3,’ he wrote.

Chief scientific adviser Patrick Vallance suggested in March 2021 that herd immunity was one of the goals, but Health Secretary Matt Hancock two days later said it was ‘not a goal or strategy’.

The former adviser warned he will release a ‘crucial historical document from Covid decision-making’ to the Commons committee ahead of his appearance before MPs on Wednesday.

Cummings is constrained by the Official Secrets Act, which limits his ability to release classified documents.

MPs can only release documents that relate to their ‘lessons learned inquiry’ into the pandemic.

Johnson has ordered a full public inquiry into how the pandemic was handled.