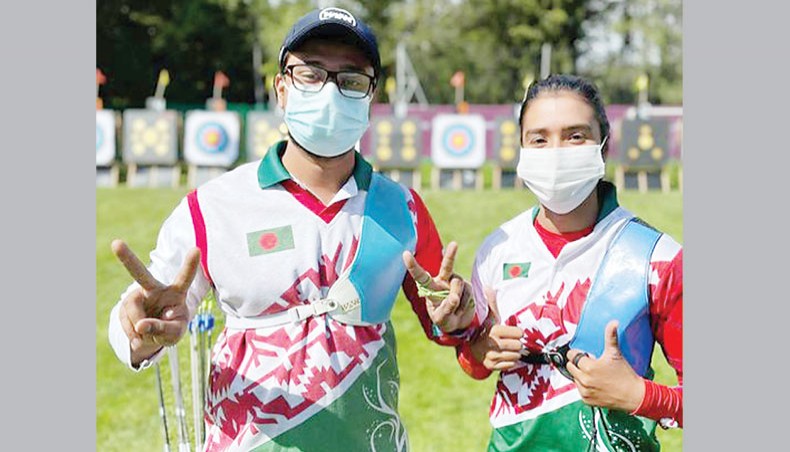 Bangladesh reached into the recurve mixed team event final of the Archery World Cup stage-two after beating Canada by 5-3 set points in the semi-final held in Lausanne, Switzerland on Thursday.

Shana and Diya will now vie for the gold medal against Netherlands Ngabriela Schloesser and Sjef Van Den Berg pair in the final on Sunday.

The Netherlands team confirmed their final berth after beating Mexican pair Alejandra Valencia and Luis Alvarez by 6-2 set points in the semi-final.

Earlier on their way to the semi-final, Bangladesh team defeated Spain by 5-4 in the quarter-final, beat Germany by 5-1 in the second round and Iran by 5-3 set points in the first round.