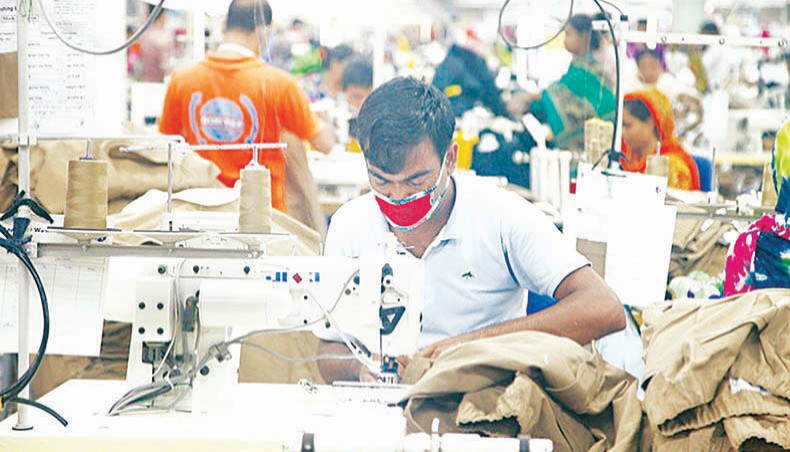 Clean Clothes Campaign, a global platform of garment workers’ rights group, on Monday called on all the governments to support the TRIPS waiver proposal put forward by India and South Africa in October 2020 as 35 million garment workers from low and middle-income countries, including Bangladesh, have suffered huge losses since the offset of the virus.

The platform also urged the brands to lobby the governments to support the TRIPS waiver and expand capacity to manufacture Covid-19 vaccines, testing and treatment, and personal protective equipment, to keep workers safe and help garment supply chains recover.

The CCC in a release said that the TRIPS waiver was critical to protecting the occupational health and safety of poor workers, mostly women, who were part of the global supply chains of international brands and retailers, including those headquartered in the United States, the United Kingdom, Europe, Japan, Canada, and Australia.

It will also be important in speeding up the economic recovery of the sector overall and in pursuing a rights-driven agenda of achieving living and fair wages for workers globally, it said.

‘By blocking the TRIPS waiver proposal and blocking an important measure to scale up the manufacturing of Covid-19 medical products, including vaccines, these governments are turning their backs on workers’ rights to health,’ said Tiruvalluvar Yovel, working on occupational health and safety at the Clean Clothes Campaign.

The CCC, a global network of labour rights groups spanning across 44 countries, estimates that 13 million garment workers from seven countries were owed between $3.19-$5.78 billion in unpaid wages for the first three months of the pandemic alone between March 2020 and June 2020.

The Worker Rights Consortium projected that the total severance theft in the global garment industry since the beginning of the pandemic is between $500 million and $850 million.

It said that brands and retailers had ruthlessly passed on the devastating economic impacts of the pandemic to the poor garment workers whose livelihoods depended on their jobs.

In May 2020, a survey of 250 factories in Bangladesh reported that 38 per cent of factories faced order reductions or delayed shipments.

The CCC called on all governments, especially the UK, the EU, Switzerland, Japan, Norway, and Australia, to support the TRIPS waiver proposal put forward by India and South Africa and finalise a strong proposal as quickly as possible.

It also urged to take all possible measures to diversify and expand the production of Covid-19 vaccines, treatments, testing kits, and personal protective equipment through widespread sharing of technology, including by participating in the Covid-19 Technology Access Pool.