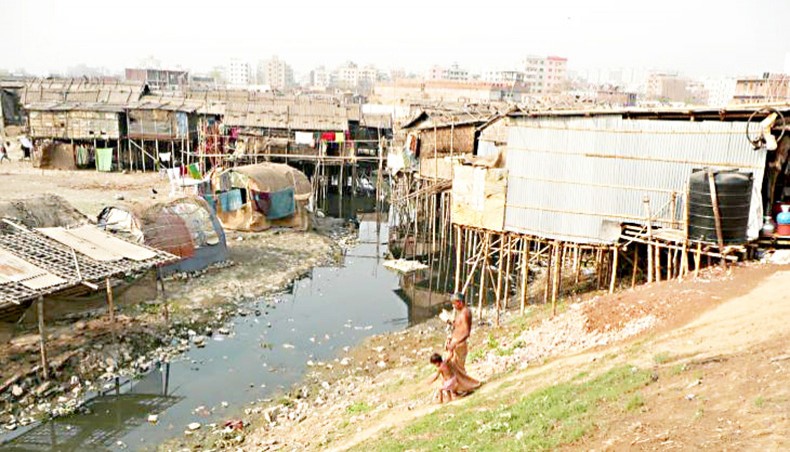 SEATS of higher learning can play a pivotal role in economic development. The accumulation of human capital stimulates innovation and entrepreneurship which lead to an increase in productivity. Countries with higher human capital tend to enjoy sustainable economic growth in the long run. Universities should not only be involved with knowledge distribution but also with research and innovation, which is at the heart of the seats of higher education.

Sustainable funding culture is crucial for universities to maximise their contribution to economic growth and long-term national capacity building. However, public universities in Bangladesh rely too much on government funding for smooth functioning and have too little to invest in research and innovation. The allocation of fund for research and innovation in public universities indicates the dire condition in this prime sector. For example, Dhaka University allocated only 1.09 per cent of Tk 8.69 billion in this year’s budget while the figure is 1.24 per cent of Tk 3.40 billion budget for Chittagong University. Interestingly, according to newspaper reports, a total of Tk 66.75 million has been allocated in the main budget for research purposes at 46 public universities in the 2020–21 financial year which was Tk 64.58 million in the past financial year.

At the same time, private universities are struggling to maintain quality and educational standards amid a deteriorating financial condition. Only a handful of universities give priority to research and innovation while others do not seem to pay attention to this core activity of a university. According to a University Grants Commission report, 64 private universities spent Tk 93.37 million in research in 2016 which was Tk 78.94 million in 2017 by 73 private universities. Surprisingly, some first generation private universities could not move to their permanent campus even after 20 years. Most of the universities heavily dependent on tuition fees from students. In the recent past, many private universities stopped operation as the number of students had fallen dramatically. Poor management, fund diversion, no alternative sources of income, and growing competition have further aggravated the situation.

Bangladesh, an emerging economy, faces a number of constraints in the development of higher education and resource constraints and competing priorities are few of them. For example, in current fiscal year the government has set aside Tk 857.62 billion for the education sector which represents 15.1 per cent of the total budget. International norms indicate education sectors to receive 5–6 per cent of the GDP or 20 per cent of the national budget. For example, universities in OECD countries are mostly public funded where governments provide around 70 per cent of funds required. Moreover, private universities receive up to 5 per cent public funding of total fund in OECD countries. Still Bangladesh’s expenditure on education is one of the lowest in the world, both as a percentage of GDP and as a percentage of the national budget.

It is evident that public fund alone is not sufficient for the development of higher education in Bangladesh. Most importantly, we have seen the financial vulnerability of private universities during the Covid pandemic. Dropouts would increase significantly as students and parents become jobless or are facing serious economic hardship. Public and private universities simply do not have sufficient fund to provide generous support by way of scholarships and stipends in this crisis period. It is high time we thought seriously about the financial model of private and public universities. Public universities in developed and emerging economies do not rely solely on government funding or tuition fees but they have different alternative sources of funding. For example, government funding for public universities in Malaysia has declined significantly in the recent past and the government there encourages them to look for alternative sources of funding including waqf fund.

Waqf, in plural awqaf, is an Arabic term of endowment derived from the root verb waqafa. Waqf is a voluntary donation: a running charity. Waqf literally means tying up of an asset (real estate, cash, etc,) for some specific Shari’ah compliant objectives in such a way that i) the principle remains intact and ii) only its usufruct (income/benefit) is spent on the named objectives. Waqf has four major components — the founder, the beneficiaries, the trustees, and the endowed asset or property. Waqf can be generally classified into three types: public waqf, family waqf and mixed waqf. Waqf can be also general, specific or mixed.

Waqf has played very significant role in various aspects of life including education and social development. Al-Masjid an-Nabawi and Quba mosque were the first waqf institutions in Islamic history. Most interestingly, waqf institutions flourished during the Ottoman and Mamluk period. Seats of higher education can be established based on waqf concept. The first waqf university, Al-Azhar Univeristy of Egypt, was established in 975 and the University of Al-Qurawwin in Fez Morocco in 1200. The concept of waqf was even adopted by leading western universities like Oxford and Cambridge as Islamic waqf constituted the origins of English trusts.

Waqf had played a significant role in improving socio-economic condition of Muslim countries before they were colonised by the European settlers. In Indian sub-continent, waqf administrations became largely inactive during the British period. The contribution of Haji Mohammad Mohsin endowment to education is still visible in many parts of the Bengal.

There are various Waqf university models successfully adopted in Malaysia and Turkey. One of the pragmatic models is to transform conventional method of financing university into corporate waqf university. Government and private corporations can come forward to establishing waqf-funded university. Hamdard, a successful corporate waqf in Bangladesh, has already established first Waqf university in Bangladesh. Other innovative Waqf development tools, cash Waqf, alumni funded waqf, and fintech based crowd funding Waqf, can be integrated in waqf university model. By considering the regulatory framework of Bangladesh, a hybrid waqf university model would work well which would be able to create a revolving investment mechanism like endowment fund in the west. The assets pooled under the waqf structure would be developed and invested to generate stream of revenues to support universities in providing scholarships, professorships, research grants and other research and innovation activities.

In conclusion, we can say that the government alone cannot ensure sustainable source of financing for higher education and it is even more challenging for a developing country like Bangladesh where many competing priorities exist. The revival of waqf can be a real game changer for higher education financing in Bangladesh. However, there are some challenges. Registration of waqf can be complicated and cumbersome. Regulatory reform is required to decentralize the waqf management and mutawalli/trustee should have greater autonomy to invest and develop waqf fund. Waqf accounting is another important issue as reports need to be approved by the trustee and external auditor. If we can revive the forgotten legacy of waqf and integrate waqf fund in every public and private university, we will be able to develop an inclusive, innovative and sustainable higher education in Bangladesh.

Md Akhter Uddin, a columnist and researcher, is an assistant professor in Business School of University of Creative Technology Chittagong.