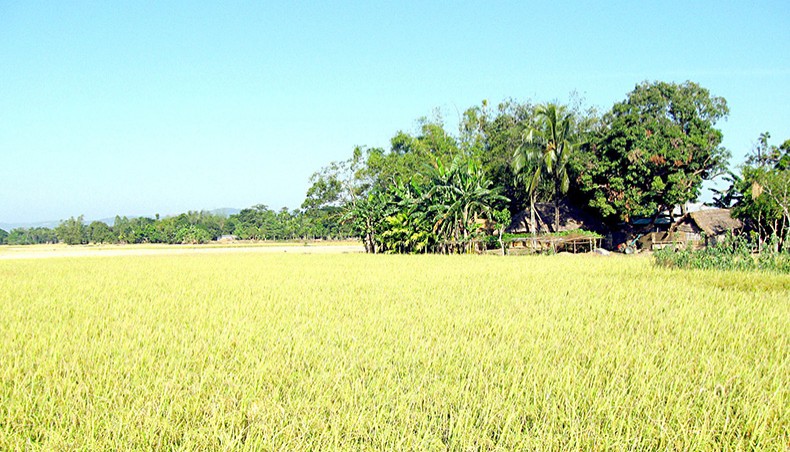 RICE is the staple food in Bangladesh. Rice cultivation is crucial for our food security and economic survival of the farmers. Therefore, production, stock, supply and price fixing of paddy or rice are of serious concern for our farmers, as well as for the government. If the production of the paddy decreases, it would mean shortage of stock leading to import of rice, price hike and the suffering of common people. If excess rice is imported despite having sufficient production of paddy, the farmers of the country bear the loss as it destablises the local market. Considering the demand of rice and the production of paddy, the import quantity needs to be determined to make a balance between economic loss and crisis management.

Now the question is why the farmers have to incur loss. The reasons behind incurring such loss are many. Firstly, the farmers bear the cost of production like such as land preparation cost, seed, fertiliser, pesticide, irrigation and harvesting, but they do so by taking loans from the money lenders or NGOs or on credits from the product suppliers. Farmers are to pay all the outstanding bills or repay the loan immediately after harvesting the crops. Soon after harvesting of the crops, they remain under pressure to sell the paddy in the market and it makes impacts their burgeoning power and brings down the sale price of the paddy. Secondly, the presence of middlemen and the business syndicate are the other reasons for the farmers to get lower price of their harvest. The middlemen create syndicate and fix the purchase price of paddy and their syndicate is so powerful that the poor farmers cannot negotiate with them.

As a result, they are compelled to sell their paddy at the price fixed by the middlemen. Finally, the unplanned import of rice from abroad also gravely impacts the domestic rice market in Bangladesh. This practice has been going on in our country since long. For example, in 2003, the total demand of rice in the country was 21.8 million tonnes and the production of rice was 21.2 million tonnes. Therefore, the demand and supply gap was only six lakh tonnes. However, the total import in 2003 was 32 lakh tonnes. Generally, the import of rice has not been in congruence with the demand and the production gap. Due to excessive import of rice, the demand of paddy of the farmers is declined and the farmers fail to get their fair price. In the paddy/rice market, there are three sellers — farmers, middlemen and importers. Middlemen and importers are organised. They face any challenges combinedly. However, the farmers do not have any organisation and they are not independently capable enough to compete with the middlemen and the importers. They negotiate the price of rice in an unequal footing and incur loss.

Not only are the farmers deprived of fair price, they also do not have equitable access to agricultural loan. During the year when the rate of interest on deposit is reduced, the inflow of deposit in the bank is also decreased. Due to such downward inflow of deposit, the growth of disbursement of loan is reduced. In the July–September quarter of the year 2018, the growth of total loan disbursement was to some extent less although there was positive growth compared with the previous quarter, but the disbursement of agricultural loan was reduced by 17 per cent instead of its positive growth.

Md Shahadat Hossain is the former vice-president of the Institute of Chartered Accountants of Bangladesh and senior partner at MABS & J Partners.