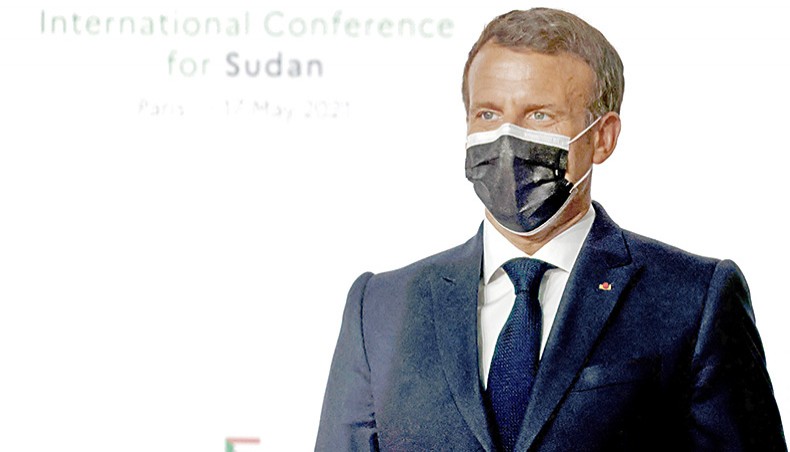 Several heads of state will gather in Paris to discuss investment in Sudan and negotiate its debt to help the government of prime minister Abdalla Hamdok in the transition after the 2019 ouster of longtime strongman Omar al-Bashir.

The next day, a summit on African economies will try to fill a financing shortfall of almost $300 billion caused by the Covid-19 pandemic.

Both meetings, held in a temporary exhibition centre near the Eiffel Tower in Paris, will be a chance for Macron to show himself as a statesman on Africa whose influence goes beyond the continent’s Francophone regions.

The meetings will both mark a return to in-person top-level gatherings after the Covid-19 pandemic made video conferences the norm.

Among those attending both meetings will be Rwandan president Paul Kagame in a rare visit to France as Paris presses for reconciliation with Kigali after a historic report made clear French failings over the 1994 genocide.

Also expected to attend on both days is Egyptian president Abdel Fattah al-Sisi, making another journey to key ally France after his state visit in late 2020 enraged rights activists.

France wants the Sudan summit to send a signal of the help African countries can receive if they embrace democracy and turn their backs on authoritarianism.

‘The Sudanese transition is considered by us — but also by the entire international community — as an example of democratic transition in Africa and as such deserves special attention,’ said a French presidential official who asked not to be named.

The official said the summit aims to unite the international community around helping Sudan, in particular addressing its vast debt pile.

Hamdok said ahead of the meeting that he hopes Sudan can help wipe out a $60 billion foreign debt bill this year by securing relief and investment deals at the Paris conference.

Sudan’s debts to the Paris Club, which includes major creditor countries, is estimated to make up around 38 per cent of its total $60 billion foreign debt.

‘We are going to the Paris conference to let foreign investors explore the opportunities for investing in Sudan,’ Hamdok said.

‘We are not looking for grants or donations,’ he added.

Hamdok and his government have pushed to rebuild the crippled economy and end Sudan’s international isolation under Bashir, whose three-decade iron-fisted rule was marked by economic hardship and international sanctions.

Sudan was taken off Washington’s blacklist of state sponsors of terrorism in December, removing a major hurdle to foreign investment. But many challenges still lie ahead.

Also attending will be president Sahle-Work Zewde of Ethiopia, whose country has been locked in a long dispute with Sudan over water resources that has sometimes threatened to erupt into open conflict.

Africa has so far been less badly hit by the Covid-19 pandemic than other global regions — with a total of 130,000 dead across the continent.

But the economic cost is only too apparent, and Tuesday’s Africa summit will focus on making up the shortfall in the funds needed for future development — a financial gap estimated by the IMF to amount to $290 billion up to 2023.

Around two dozen African leaders from across the continent will attend the meeting, including Mozambique President Filipe Nyusi whose country is battling a bloody Islamist insurrection in its north.

A French presidential official said Macron and Nyusi would hold a bilateral meeting and the summit would also be a chance for the international community to coordinate efforts to help Mozambique.