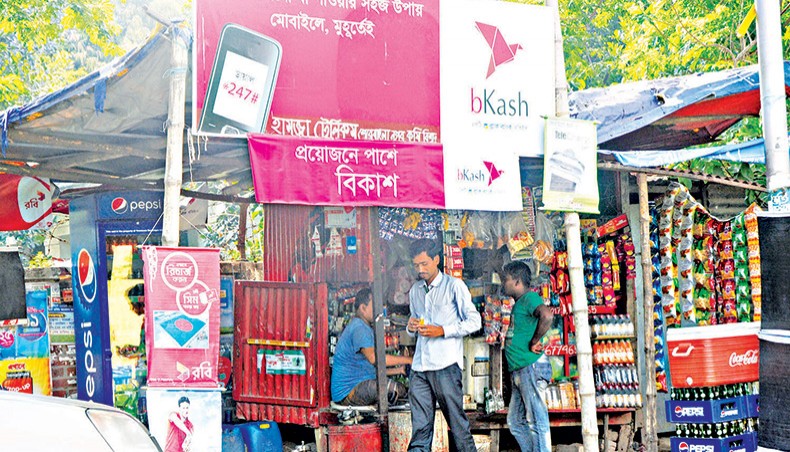 The interoperability of mobile financial services is yet to be implemented in almost two years of taking an initiative in this regard.

The Bangladesh Bank was scheduled to launch the service on October 27, 2020 but backtracked on its decision at the very last moment citing ‘technical glitches’ for the deferral.

Seven months have passed since then but the central bank is yet to resolve the ‘technical glitches’ even though major MFS operators are very much prepared to deliver the service to their customers.

MFS operators Bkash, Mkash, Ukash and Islamic Wallet are prepared to launch the interoperability for their customers from the very first day.

The central bank had even set charges that would be applicable to the operators, leaving customers of the MFS operators out of the payment of any additional charge to avail the service.

Besides the money transfer facility from one MFS operator to another, the interoperability is also designed to transfer funds from banks to MFS and MFS to banks.

Initially, customers of the four MFS operators would be able to execute transactions with five banks, including Pubali Bank, Al-Arafah Islami Bank, Islami Bank and UCB.

Asked about the reason for the delay in launching the service, BB executive director and spokesperson Md Serajul Islam made no comment.

In a recent online discussion on the MFS ecosystem of the country, Bangladesh Competition Commission chairman Md Mofizul Islam highlighted the need for the interoperability service.

Mofizul said that the interoperability service was pivotal for the MFS users as it would ensure better competition on the market and serve people in turn.

Rukhsana Bithi, a customer of a MFS operator, identified the absence of send-money option from one operator to another a major problem.

‘For instance, I cannot buy a product from shops where the shops only accept payments from a particular operator that I am not using,’ she said, adding that she even faced problems in sending money to her relatives as they used the MFS service of other operators.

The send-money option from one MFS to another would bring more convenience for the MFS users, she said.

Like Rukhsana, many other customers of the MFS operators have been facing the same problem since the launch of the service on March 31, 2011 by Dutch-Bangla Bank-led Rocket.

The BB first in 2019 took the initiative to launch the interoperability service for the MFS operators.

When the BB scheduled the final date to launch the service on October 27, 2020, the task to implement the service was handed over to the ICT ministry following an instruction from the government high-ups.

They reasoned that the ministry had the capacity to develop a system for interoperability that would also facilitate e-commerce-based transactions, ministry sources said.

Contacted, Zunaid Ahmed Palak, state minister for ICT, and Syed Mojibul Haque, project director of Startup Bangladesh-iDEA, the designated authority to develop the service, made no comment over how long it would take to launch the interoperability service.

‘We believe that the interoperability of MFS industry could play a very vital role in establishing a cashless society,’ Tanvir said, adding, ‘Without having the interoperability facility, users will never be empowered and they won’t be able to get the optimum benefits from the mobile financial service.’

He said that Nagad believes that extra charges imposed for having interoperability facilities would hinder the whole objective of the service.