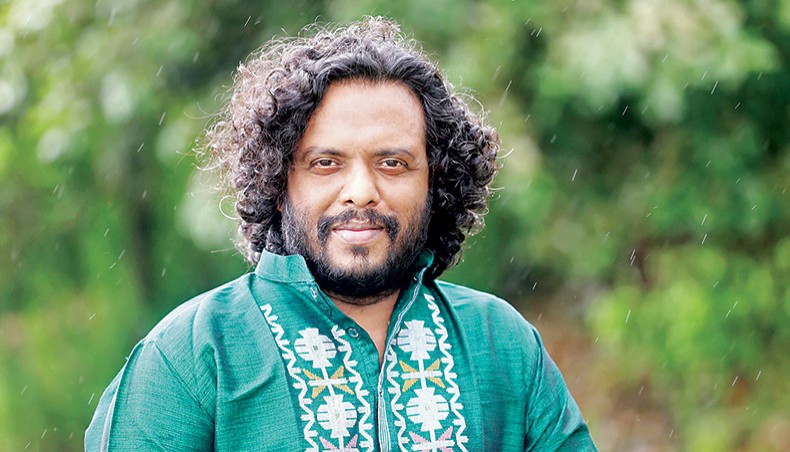 Popular singer and lyricist Lutfor Hasan said that he pens songs to portray human emotion, relationship, optimism and other aspects of life.

‘I started penning songs and short stories when I was studying at college. I try to portray human relationship, emotion and express them in a positive light, which resonate with a wider audience. Such songs help people to forget worst memories and inspire them to look forward,’ Lutfor Hasan told New Age.

Lutfor released a music video of a duet song titled Brishtir Railgari under the banner of Dhruba Music Station on May 13 marking Eid-ul-Fitr. While speaking about the music video, he said, ‘I regularly release multiple songs every year marking Eid but I released one song this year due to the coronavirus situation. Brishtir Railgari is a romantic song. It is my first work with aspiring singer Pushpita. The song has received a huge response from music lovers.’

He also shared about his upcoming projects.

‘I am working on seven upcoming songs including Onya ami, Tor janya, E jiban chhelekhela and others. These songs will be released soon,’ he said.

Lutfor Hasan is worried about the impact of Covid-19 on the music industry and urged music lovers to stay at home and not to go outside unless it is an emergency.

‘Our music industry has been passing through a hard time as all concerts have been cancelled due to the Covid crisis. The industry will need a lot of time to bounce back. I urge the government to give financial assistance to mitigate the ongoing crisis,’ said Lutfor Hasan.

‘I am spending most of my time with my family at home. I am trying to keep myself busy with various works, including writing and reading. We can defeat this virus by taking precautionary measures. So I request music lovers to stay at home and not to go outside unless it is absolutely necessary and enjoy our local music,’ he ended.