Russia warns West against Arctic encroachment ahead of talks 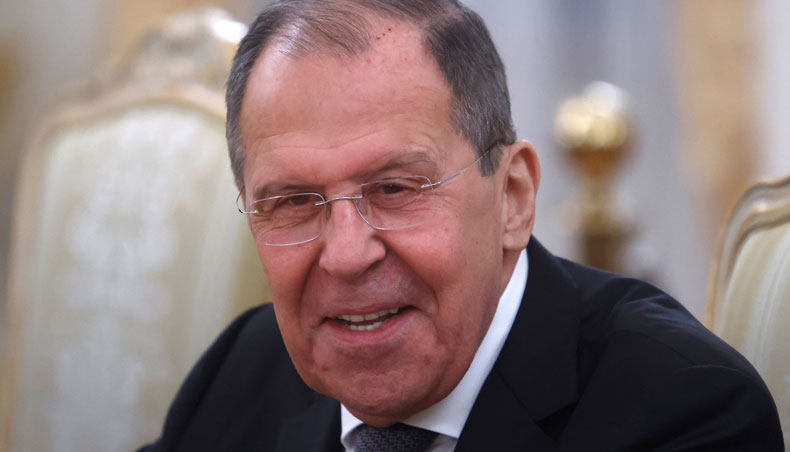 Russian foreign minister Sergei Lavrov on Monday warned Western countries against staking claims in the Arctic ahead of this week’s Arctic Council meeting in Reykjavik.

The Arctic in recent years has become the site of geopolitical competition between the countries that form the Arctic Council — Russia, the United States, Canada, Norway, Denmark, Sweden, Finland and Iceland — as global warming makes the region more accessible.

A ministerial meeting of the eight-country council will take place on Wednesday and Thursday.

‘It has been absolutely clear for everyone for a long time that this is our territory, this is our land,’ Lavrov said at a press conference in Moscow.

‘We are responsible for ensuring our Arctic coast is safe,’ he said.

‘Let me emphasise once again – this is our land and our waters,’ he added.

‘But when NATO tries to justify its advance into the Arctic, this is probably a slightly different situation and here we have questions for our neighbours like Norway who are trying to justify the need for NATO to come into the Arctic,’ Lavrov said.

The United States in February sent strategic bombers to train in Norway as part of Western efforts to bolster its military presence in the region.

For the first time since the 1980s, the US Navy deployed an aircraft carrier in the Norwegian Sea in 2018.

President Vladimir Putin in recent years has made Russia’s Arctic region a strategic priority and ordered investment in military infrastructure and mineral extraction.

As ice cover in the Arctic decreases, Russia is hoping to make use of the Northern Sea Route shipping channel to export oil and gas to overseas markets.

Lavrov will meet with his US counterpart Antony Blinken on the side-lines of the Arctic Council ministerial meeting in a test of Moscow’s strained relationship with Washington.

Despite mounting tensions, Russia and the United States during climate negotiations earlier this year noted the Arctic as an area of cooperation.