4 including 2 West Bengal ministers arrested, get bail in bribery case 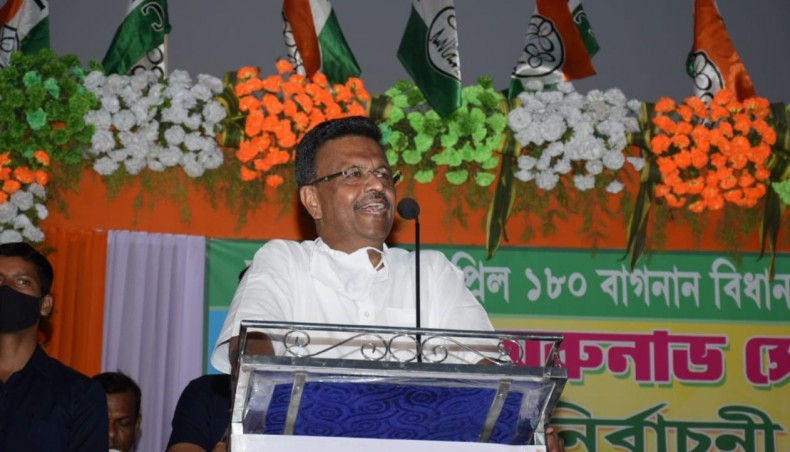 The four political leaders including two ministers of the Indian state of West Bengal who were arrested by India's CBI in Kolkata in the Narada bribery case on Monday morning got bail later on the day, said a report of NDTV in the evening.

After their arrest, a furious Mamata Banerjee, the chief minister of the Indian state of West Bengal, landed at the CBI office in Kolkata on Monday.

‘The way they have been arrested without due procedure, CBI will have to arrest me also,’ the Bengal Chief Minister and TMC chief reportedly said in her 45 minutes at the CBI office in Nizam Palace in Kolkata.

Crowds of Trinamool Congress supporters surged outside the building as the ministers were arrested. There was also some stone-throwing, after which Governor Jagdeep Dhankhar alleged ‘total lawlessness and anarchy’ and warned of ‘repercussions’.

Mamata Banerjee's nephew, Trinamool MP Abhishek Banerjee, appealed for calm. ‘I urge everyone to abide by the law and refrain from any activity that violates lockdown norms for the sake of the larger interest of Bengal and its people.  We have utmost faith in the judiciary and the battle will be fought legally,’ he tweeted.

Central forces arrived at the homes of the ministers and two other leaders this morning and took them to the CBI office, in a dramatic escalation of the Bengal-Centre clash brewing since Mamata Banerjee's election victory.

Sovan Chatterjee, Kolkata's former mayor and senior minister, quit the Trinamool in 2019, joined the BJP but quit that party too this March.

Mukul Roy and Suvendu Adhikari, who were among the Trinamool leaders allegedly caught taking bribes, have since joined the BJP. Both were Trinamool parliamentarians when the crime was committed but their prosecution was never sanctioned. They are now BJP MLAs after contesting the state election.

Governor Jagdeep Dhankhar had earlier this month sanctioned action against the four arrested today, though a state assembly Speaker has to clear the prosecution of MLAs. The CBI, skipping the Speaker, approached the Governor instead, in January.

The Governor said he had the authority to grant sanction because they were ministers sworn in by him in 2011.

All four were ministers in the previous Mamata Banerjee government when the Narada bribery tapes were shot in 2014. Firhad Hakim and Subrata Mukherjee were sworn in by the Governor as members of the new Mamata Banerjee cabinet after she won a third straight term.

The Trinamool and other parties have questioned the timing of the arrests at the height of Bengal's Covid surge and right after Mamata Banerjee's landslide victory in polls that turned into a fierce prestige fight between her and the BJP.

All the arrested leaders are accused of accepting an amount of 4 to 5 lakh Indian Rupees as bribe in a sting operation by the Narada news portal in 2014.

A journalist from Delhi came to Kolkata, posed as a businessman planning to invest in Bengal, gave wads of cash to seven Trinamool MPs, four ministers, one MLA and a police officer as bribe and taped the entire operation.

The so-called ‘Narada tapes’ were released just before the 2016 assembly elections in the state.

Suvendu Adhikari, now a BJP MLA from Nandigram, was a Trinamool MP at the time. His prosecution was not sanctioned by Lok Sabha Speaker Om Birla.

Mukul Roy, just elected BJP MLA, was a Rajya Sabha member. There has been no action against him either. In the sting tapes, he was not actually seen taking cash but he sent the sting operator to a police officer who was seen taking bribes.

Sultan Ahmed, another MP, has died. The CBI had also asked for permission to prosecute Sougata Roy, Kakoli Ghosh Dastidar, Prasun Banerjee and Aparupa Poddar. The Lok Sabha Speaker has not granted sanction for any of them.