Archers off to Switzerland 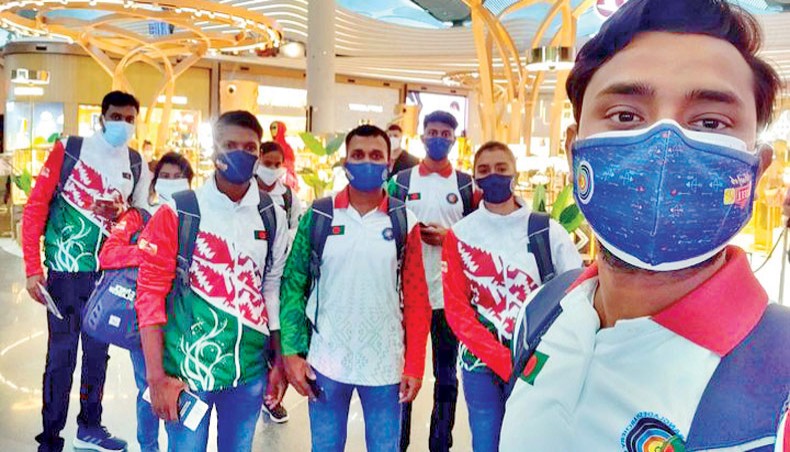 Archer Ruman Shana takes a selfie with the other Bangladesh archery team members during their transit-break at the Istanbul Airport on their way to Switzerland on Sunday. — Facebook photo

Bangladesh archery team left for Switzerland on Sunday to take part in Archery World Cup stage-two, scheduled to be held in Lausanne from May 17-23.

This will be the first time that Bangladesh archers will take part in any international competition since their participation in the 13th South Asian Games in December 2019.

Bangladesh will have to follow the strict Covid-19 protocols, including three-time tests during their competitions, before flying back home on May 25.