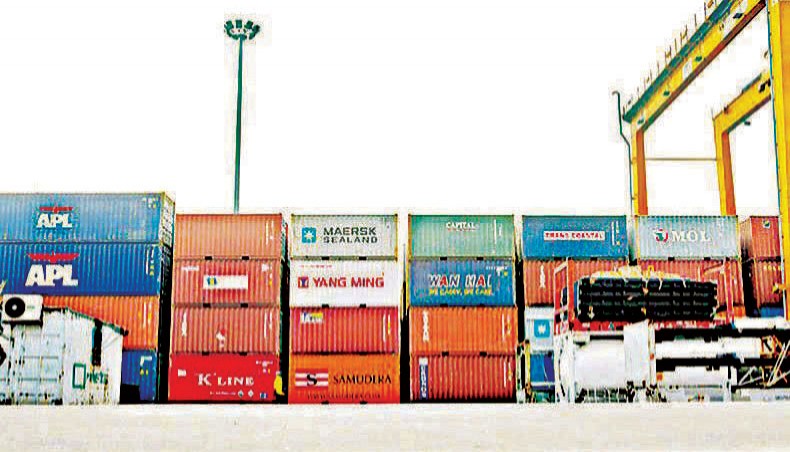 The Chittagong Port Authority has recommended doubling the number of private inland container depots for smooth handling of export and import goods.

The CPA also suggested that the number of imported products required to be delivered from the private ICDs, also known as off-docks, should be increased for the ease of doing business in the country.

The port authority at a recent meeting on vibrating operational activities of the port with the stakeholders placed a proposal of establishing at least 20-25 more private ICDs to keep the export activities uninterrupted.

Stakeholders, including exporters, importers, customs officials and representatives from the Bangladesh Inland Container Depot Association, agreed with the rationale of setting up more ICDs as the country’s export and import has been increasing over the years.

The meeting also decided that the port authorities and the National Board of Revenue would settle the process speedily if anyone takes any move of setting up ICDs.

Currently, there are 18 private ICDs, adjacent to the Chattogram port, which handle all export containers and some 23 per cent of import containers of the country.

The meeting decided that more containers should be transferred to ICDs from the port for ease of doing business while 20-25 more ICDs should be set up in the country as the volume of exports has been rising over the years.

The CPA on April 14 informed the decision to Bangladesh Inland Container Depots Association, Chittagong Chamber of Commerce and Industry and Customs House Chattogram, requesting them to take necessary steps in this regard.

BICDA president Nurul Qayyum Khan on Sunday told New Age that various stakeholders had been saying that there was demand for new private ICDs in the country following the rise of international trade.

But no one has come up with investments after 2007 when the last private ICD was established in the country, he said.

Setting up an off-dock requires an investment worth around Tk 400-500 crore while the rate of returns is very low, he said, adding that ICD users were also reluctant to pay the charges.

Off-dock business also suffers from dual-delivery system of 38 types of imported goods and the revenue board allows importers to release the products also from the port, he said.

BICDA has been demanding an increase in the number of import products to be handled at the ICDs to utilise its full capacity as on average 30-40 per cent of capacity of the off-docks remains unutilised, he said.

‘All low-tariff products having low risk of duty evasion should be released from the off-docks,’ he said.

ICD owners, however, are not interested to handle the sensitive and high-duty products, he added.

The journey of private ICDs began in the early 2000s by handling only empty containers.