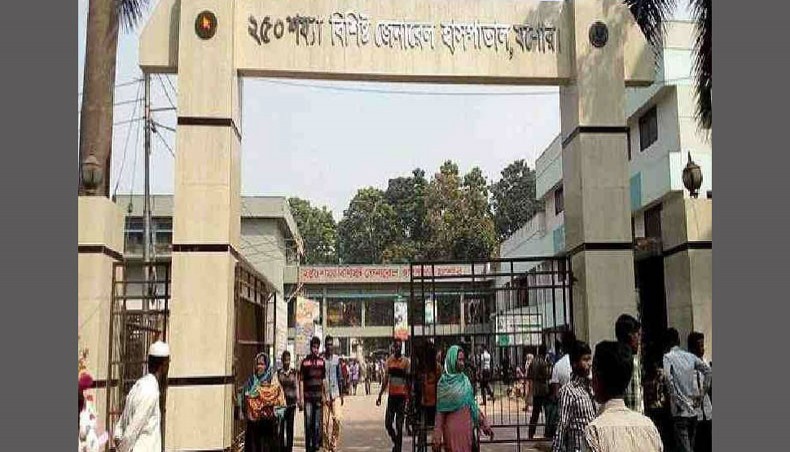 The police on Monday detained seven India returnee Covid patients who had fled from the corona unit of the Jashore General Hospital on April 23 and later brought back to the hospital.

The police said that they were detained at the Jashore General Hospital while being discharged and was later produced before a virtual court in Jashore in a case under Section 25 (2) of the Infectious Diseases Prevention (Prevention, Control and Eradication) Act, 2016 and the court granted them bail.

They had fled from the hospital without formal discharge, said Dilip Kumar Roy, the superintendent of the hospital.

Details of the patients were given to the administrative officials of respective areas to find out their whereabouts. ‘It will not be hard to isolate them after finding them out,’ he added.

The police on May 8 filed a case against the patients under Infectious Disease Act with a Jashore court, police said.

The police on Monday produced the seven accused, who were tested negative twice, before the Jashore judicial magistrate Mahadi Hasan in the afternoon and the court granted them bail in the case, court officials said.

Defence lawyer Syed Kabir Hossain said that all the seven left Jashore town for their respective homes after getting bail in the case.

They are accused of hindering the activities against infectious diseases of the government.