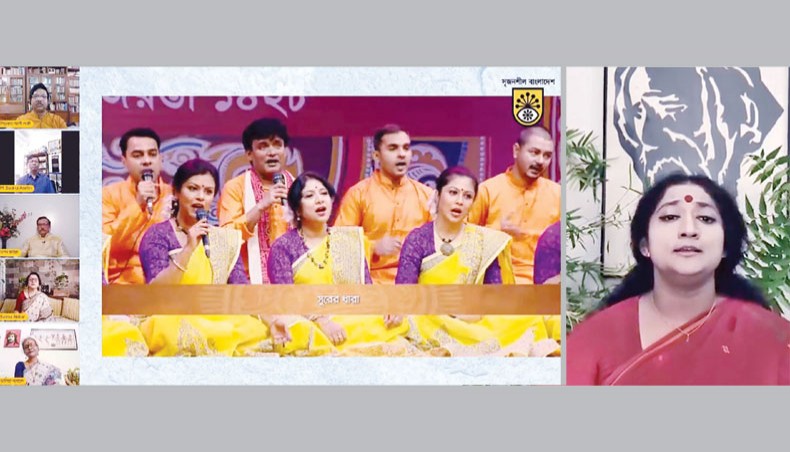 Different organisations celebrated the 160th anniversary of birth of the Nobel laureate Rabindranath Tagore organising online programmes on Saturday amid the Covid situation.

Bangladesh Shipakala Academy organised an online programme, which was streamed live on its Facebook page at 11:00am.

‘The cultural affairs ministry has been working to promote Tagore’s works among the masses. The younger generations should read Tagore’s works and follow in his footsteps,’ said M Badrul Arefin.

The programme was jointly moderated by Anita Rani Das and Kongkan Nag.

Cultural organisation Sangskriti has arranged a three-day online programme marking Tagore’s birth anniversary. The event, which commenced on Friday, is being streamed on the organisation’s Facebook page at 9:00 pm daily.

Besides, Indira Gandhi Cultural Centre, High Commission of India, will pay tribute to Rabindranath Tagore streaming an online programme on its Facebook page today at 7:30pm. The event will feature performances by renowned artistes from Bangladesh and India.