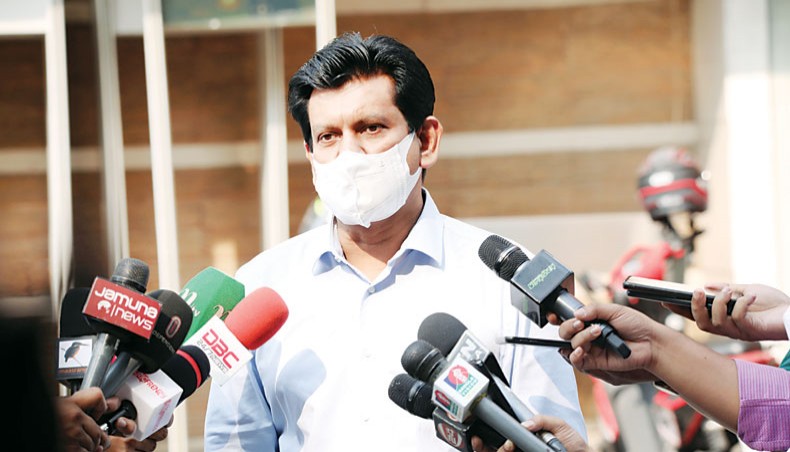 The BCB is now dealing with some major issues ahead of the three-match ODI series at home, regarding Covid-19 related travel restrictions and quarantine.

The coaching staff and 10 players out of the 23-member preliminary squad for the ODI series are yet to join the national team’s training ahead of the series as they have remained in home quarantine since returning home from Sri Lanka after the recently concluded Test series.

The board is also struggling with the broadcasting of the series, as most of the broadcast crew are supposed to come from India, but according to the current government regulation, the crew members would have to stay in quarantine for 14 days after arrival, which could force the board to defer the series a by few days.

Shakib Al Hasan and Mustafizur Rahman, who arrived in Dhaka from India on Thursday after the Indian Premier League got abruptly deferred due to Covid-19 positive cases in multiple franchises, are also in an institutional quarantine and are unlikely to be allowed out of their hotel rooms before May 20.

Despite all these issues, the BCB ceo is confident that the series will go ahead as planned.

‘There is no possibility of the series becoming uncertain. Challenges are there but we are trying to avoid the complexities,’ said the ceo at the BCB office premise in Mirpur.

Nizamuddin is hopeful that the Sri Lanka returnee players and coaches will be allowed to join the team after testing negative in the RT-PCR test.

‘Hopefully by today [Saturday] or tomorrow [Sunday], the national team players who returned from Sri Lanka will give samples for Covid-19 test and those who will be found negative can join the team for training,’ Nizamuddin said.

As for the broadcasting issue, the board is already searching for alternatives, informed Nizamuddin.

‘We are trying to bring crew by staying within the government protocols.  At the same time, we are looking for alternative options. If needed, we will bring crew from some other country and carry out the series,’ he said.

The board had appealed to the Directorate General of Health Services to curtail Shakib and Mustafiz’s quarantine period to no avail but the ceo is confident that the difference of circumstances between regular passengers and cricketers will prompt DGHS to rethink their decision.

‘International cricket or sports events have a separate protocol. The protocols set in our country are for common people. They are arriving on normal passenger aircrafts, with a negative test result... But the ones who take part in sports events have to follow a certain protocol, have to go through certain tests at certain times and can only take part if they come out negative.

‘The Covid protocol for such events and regular people can’t be the same. There is some misunderstanding in this regard, hopefully, we can minimize the issue.’