Passenger from Saudi caught with over 2kg gold 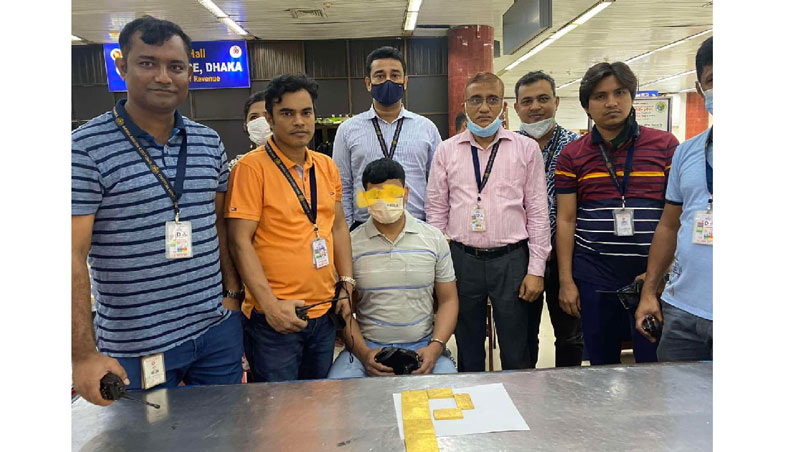 The passenger was identified as Bahar Miah, of Khagrachhari district.

Sources at the airport said based on secret information, officials of Customs preventive team took position at different strategic points of the airport.

The Customs officials increased their surveillance when a flight of Saudi Airlines landed at the airport from Saudi Arabia at about 12:50pm.

When Bahar was about to leave through the Green Channel of the airport, the Customs officials challenged him, said deputy commissioner (customs preventive team) of the DCH Sadek Hossain.

During primary interrogation Bahar denied carrying any gold consignment with his position. But presence of gold was detected through scanning his luggage, he said.

Present market value of the gold recovered is around Taka 1.30 crore.