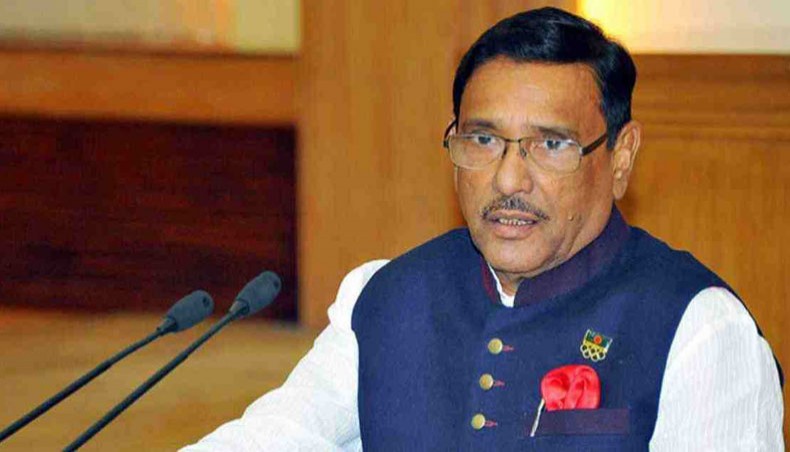 Road transport and bridges minister Obaidul Quader on Saturday said the government had taken a project to make attractive the venue where Sheikh Mujibur Rahman had delivered his landmark March 7 speech and Pakistani occupation forces surrendered to the liberation forces.

‘Father of the Nation Bangabandhu Sheikh Mujibur Rahman was first to plant saplings at the Race Course ground. He had created it as an Udyan,’ he told a press conference on contemporary issues at his official residence.

Quader, also Awami League general secretary, said Ziaur Rahman, who became the country’s president illegally, had established a children’s park covering maximum areas of the Udyan to erase the memories of the venue.

‘Why environment activists didn’t raise any question at that time? Nobody made any comments during that period,’ he mentioned.

He said in the name of beautification, many beautiful trees were cut down from the sides of the streets in Dhaka city and the beauty of the city was ruined during the period.

The minister urged all not to worry about the project as the government remains very much alert to this matter and prime minister Sheikh Hasina is going ahead with realistic initiatives.