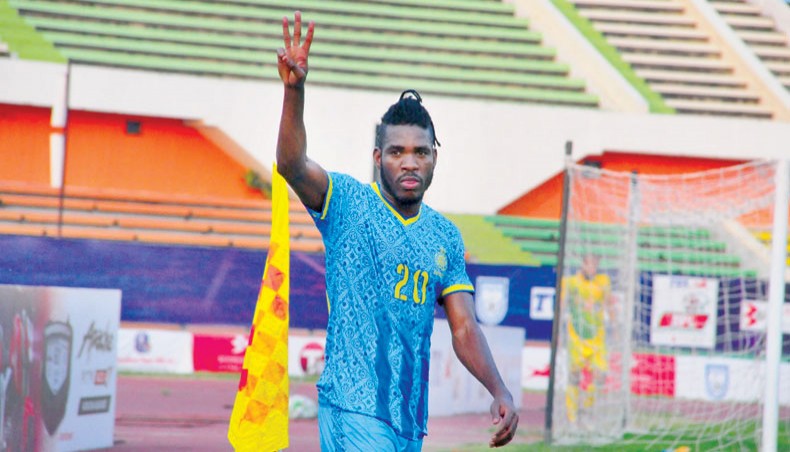 Local defender Mamun Miah and Afghan defender Masih Saighani scored one goal each for the winners while the other goal was an own goal.

Abahani took the lead with the own goal in the 27th minute when Rahmatganj’s Tajikistani defender Khurshed Beknazarov put the ball into the net while trying to clear Abahani defender Rayhan Hasan’s attempt from the goalmouth.

Belfort made the margin 4-0 by completing his hat-trick, scoring in the 37th, 43rd and 62nd minutes.

Belfort opened his account by placing the ball home from a goalmouth melee following a cutback by Brazilian midfielder Raphael Augusto.

The Haitian forward scored his second by heading the ball home past Rahmatganj goalkeeper Russell Mahmud Liton connecting a chip provided by Raphael, who made his second assist of the game, from the right side of the box.

The Haitian completed his hat-trick 17 minutes into the second half by poking the ball home from the six-yard box following a cross from the right side by Mamun Miah.

Mamun made it 5-0 for Abahani three minutes later with a right footed shot from the top-right corner of the box after a pass from Belfort.

Saighani hit the final nail in Rahmatganj’s coffin with a fierce 30-yard left-footed drive following a pass from Rayhan in the 85th minute.

Earlier in the first leg, Abahani defeated Rahmatganj by a solitary goal.

After the day’s win, the Sky-Blue outfits bagged 32 points from 15 games.

In the day’s second match, Police Football Club came from a goal down to beat Uttar Baridhra Club 2-1 at the same venue.

After a barren first half, Fozilov gave Baridhara the lead in the 63rd from converting a penalty.

Jewel scored the eualiser in the 74th minute with a side volley following a cross from the right side by Ivory Coast forward Christian Kouakou.

Jewel confirmed the victory in the 87th minute by placing the ball home off a cross from Kyrgyz midfielder Murolimzhon Akhmedov.

Police beat Baridhara by 1-0 in the first leg.