Lin Shu, author of the Quixote 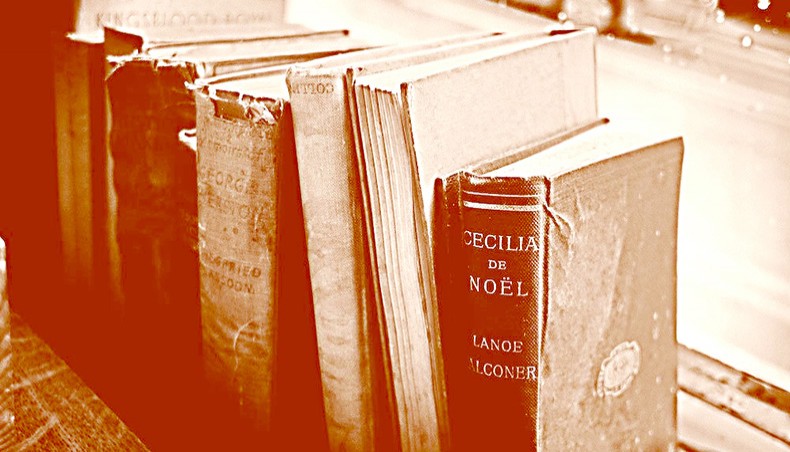 The task that Lin Shu had set himself, back in the 1920s, was to translate Cervantes’s Don Quixote into classical Chinese. The difficulties were considerable, and Lin Shu dedicated to the task a lot of effort. Apart from the original Spanish text, he consulted two or three different English translations, and employed the help of a number of other Chinese scholars better versed than him in European literature.

I say ‘better versed’, but we need to read that as a massive understatement. You see, Lin Shu did not speak Spanish. He did not speak English either. In fact, he did not speak any European language at all. Evidently this was not an obstacle for him, because in his life Lin Shu completed and published the translation of more than 180 foreign literary works in classical Chinese. In fact he is considered today to be one of the most influential translators in Chinese history. His work is viewed as respectful, innovative, and imaginative. His translation of David Copperfield, for example, has been praised as the work of a different, and perhaps a better writer than Dickens.

READING about these translating efforts, it is impossible not to be reminded of Jorge Luis Borges’s short story Pierre Menard, Author of the Quixote, of which I wrote last year. The namesake fictitious twentieth century French writer, you may recall, wanted to re-write Cervantes’s Don Quixote in seventeenth century Spanish. The fact that at the outset of his task he, Pierre Menard, did not speak Spanish at all, was not enough of a deterrent. Moreover, he did not intend to copy Cervantes. He wanted, in effect, to newly re-cast the work as if it was the product of a twentieth century Frenchman writing in Cervantes’ Spanish, a technique that Borges described as the technique of deliberate anachronism and fallacious attribution.

HOW did Lin Shu do it? These are his own words, as reported by Wikipedia.

‘I have no foreign languages. I cannot pass for a translator without the aid of several gentlemen, who interpret the texts for me. They interpret, and I write down what they interpret. They stop, and I put down my pen. 6,000 words can be produced after a mere four hours’ labour. I am most fortunate to have my error-plagued, rough translations kindly accepted by the learned.’

Very kindly indeed. As the Guardian writes, this year marks the 405th anniversary of Cervantes’s death, and the Instituto Cervantes in Shanghai has decided to honour the originality of Lin Shu’s translation of the Quixote by re-translating, in true Borgesian fashion, the whole text into Spanish.

It will be Lin Shu’s book.

THIS past February much confusion and uproar was caused when it was announced that the young acclaimed author Marieke Lukas Rijneveld would be the translator of Amanda Gorman’s poetry into Dutch. Amanda Gorman is the young Black poet whose recital of ‘The Hill We Climb’ was a highlight of Joe Biden’s inauguration in January. Within days of the announcement critical voices started asking questions. Why was it so difficult for the Dutch publisher, they said, to find a translator who would, like Gorman, be a ‘spoken-word artist, young, female and unapologetically Black’? It did not matter that it was Gorman herself who had chosen Rijneveld, ‘as a fellow young writer who had also come to fame early.’ Critics were unwilling to see it this way, the result being that Rijneveld, also unwilling to participate in such debate, promptly withdrew from the project.

Some days later, a very similar situation was played out again when the Catalan publisher of Gorman’s poetry announced that the translator to whom they had already assigned the job, Victor Orbiols, had been removed because he did not fit the ‘profile’, of ‘a woman, young, activist and preferably Black.’ These were qualities that Victor Orbiols, a 60-year old Catalan writer and translator, obviously lacked.

IN JANUARY 2020 a major controversy was sparked in America in connection to American Dirt, a book about Mexican migrants, written by Jeanine Cummins. All pre-publication reviews were enthusiastic to say the least and the book was set to be the biggest book of the season even before it came out.

Cue appearances of the writer with Oprah, interviews in all major networks and a major book tour announced to coincide with the roll out.

And then it transpired that even though Cummins was writing about Mexican immigrants, she herself was not a Mexican, or an immigrant. Suddenly the discussion shifted. It was no longer a question of a book and its merits, and became a question about who has the right to write what.

THIS is how Borges brings his story about Pierre Menard to an end.

‘Menard has (perhaps unwittingly) enriched the slow and rudimentary art of reading by means of a new technique — the technique of deliberate anachronism and fallacious attribution. That technique, requiring infinite patience and concentration, encourages us to read the Odyssey as though it came after the Aeneid, to read Mme. Henri Bachelier’s Le jardin du Centaure as though it were written by Mme. Henri Bachelier. This technique fills the calmest books with adventure. Attributing the Imitatio Christi to Louis Ferdinand Céline or James Joyce — is that not sufficient renovation of those faint spiritual admonitions?’

It’s difficult not to pause in awe as we realise how much things have changed in the decades since Borges wrote these lines. One can say that the idea of fallacious attribution is out-of-vogue today — but that would be an understatement of epic proportions, if you allow me the pun.

The fact of the matter appears to be that no-one seems to agree any more on who has the right to write what and about what.

OpenDemocracy.net, May 5. Christos Tombras is a supervising psychoanalyst practising in London. He lectures, runs workshops and facilitates reading groups; his main research interest is in a dialogue between continental philosophy and psychoanalysis.