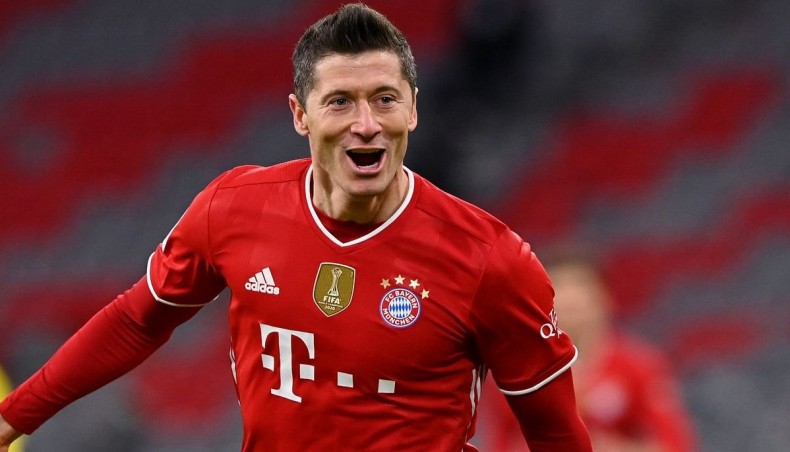 Bayern can be confirmed Bundesliga champions for the ninth straight season at home to Borussia Moenchengladbach on Saturday.

Lewandowski is looking to add to his phenomenal tally of 36 goals from the 26 league games he has played in this term.

He has three matches left to break Muller's all-time league record of 40 goals netted in 1971/72.

‘He (Lewandowski) is fully concentrated and focused on the record, but he also knows the way we tick,’ Flick said Friday.

‘When we play good football, then he profits the most, because he has enormous qualities. We are talking about a world-class footballer, he is very consistent and is always good for 30 goals and assists.

‘He has three games left and then we'll see what happens at the end,’ Flick added with mid-table sides Freiburg and Augbsurg to follow after Gladbach on Saturday.

Many had thought Gerd Muller's 49-year-old record was near impossible to beat, but Lewandowski came close by scoring 34 goals in 31 league games last season.

The 75-year-old Bayern legend is in poor health and suffering from dementia, but Lewandowski recently told magazine Sport Bild he believes ‘Gerd Muller would want and understand it, if I take the record’.