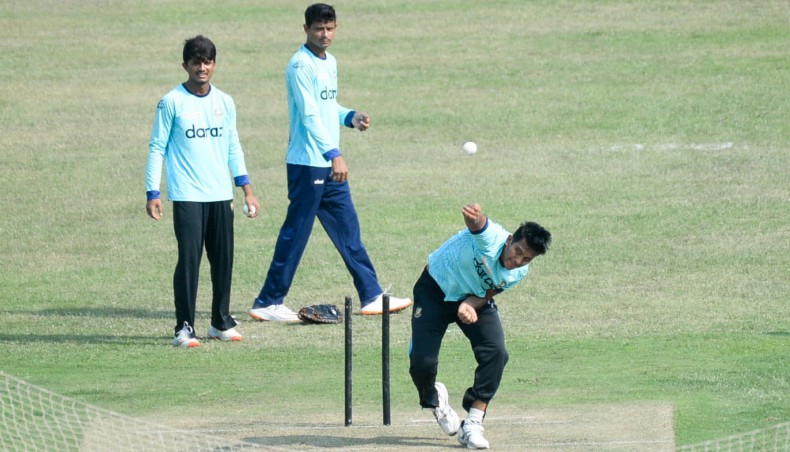 Cricketers who returned from Sri Lanka after playing the Test series and are included in the one-day international series against the same opposition at home are waiting for the health ministry’s approval to join the training session ahead of the series, said a Bangladesh Cricket Board official.

Out of the 23 players selected in the preliminary squad for the three-match ODI series against Sri Lanka, starting from May 23, 10 were part of the recently concluded Test series in the island nation, which included ODI skipper Tamim Iqbal and ODI team regulars Mushfiqur Rahim, Liton Das and Mehidy Hasan.

Although the players returned home on May 4, they have had to remain in home quarantine since according to the regulations imposed by the government to tackle the spread of the Covid-19 virus.

Debashis Chowdhury, a physician at the BCB, told New Age that they have lodged an application to curtail the quarantine period of the players selected for the ODI series and received verbal assurance.

‘We have sent an application to the health ministry. As they were in a bio-secure environment in Sri Lanka during their tour and also came in a chartered flight we appealed that their case should be considered in a different way,’ the BCB doctor said.

‘We have received verbal assurance as the board president [Nazmul Hasan] was also involved in this process. We have sent the letter on Thursday; the next two days are government holidays. I hope on Sunday we will get the permission in written form,’ he added.

The cricketers who were not part of the Test team have already begun their training at the Sher-e-Bangla National Stadium in Mirpur, other than Shakib Al Hasan and Mustafizur Rahman, who are still in a 14-day quarantine after returning from India on Thursday.

All-rounder Mohammad Saifuddin, who is one such cricketer, is eager to do well in the home series after a poor show in New Zealand.

‘We could not perform as expected in the New Zealand series. We were clean swept which is very frustrating. As we are playing against Sri Lanka at home, we will try to win the series,’ Saifuddin told the media on Friday.

The upcoming series will be the Tigers third outing in the ICC World Cup Super League, the qualification process of the 2023 World Cup and Saifuddin doesn’t want to lose points at home.

‘As the matches are part of ICC Super League and there is the matter of picking points by winning matches so we will try to win the matches and will give our 100 per cent effort to do so,’ said the all-rounder.

Since the 2019 World Cup, the Achilles heel of the Tigers’ bowling attack has been the inability to take early wickets but Saifuddin feels that at home things will change.

‘The first 10 overs determine the fate of the game. As bowlers, we have the responsibility to pick early wickets with the new ball... We failed to do that on the New Zealand tour. But as we will play in Mirpur, our own backyard, I believe the bowlers will show more responsibility.’