Momen hopes US assistance for Rohingyas in Bhashan char 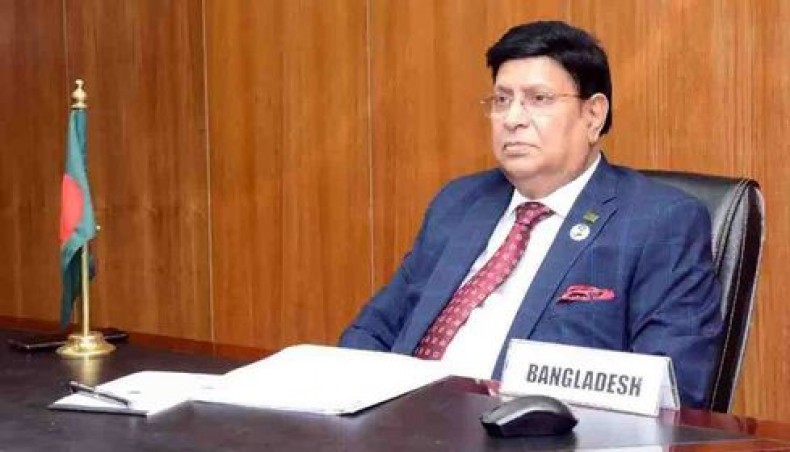 He also stated that the US may consider accepting a good number of forcibly displaced Rohingyas in Bangladesh as US president Joe Biden recently announced to enhance the admission of refugees in his country to 62,500 in 2021 and 125,000 in 2022.

The foreign minister made the remarks while US ambassador to Bangladesh Earl R Miller called on him at foreign ministry on Thursday, a foreign office press release said on Friday.

The ambassador informed that during the upcoming launch of the annual Joint Response Plan on 18 May 2021 in Geneva, the US is expected to pledge again for large contribution to the humanitarian operation for Rohingyas.

Momen also assured the US side of Bangladesh’s cooperation on the ongoing investigation about the genocide against Rohingyas in Myanmar, as reinitiated by the Biden administration.

The foreign minister also urged the US envoy to address the difficulties being faced by a large number of Bangladeshi student visa applicants to obtain visa interview date in the US embassy in Dhaka, as many may lose admission and scholarship due to the delay.

Miller assured of doing the best to ensure that all student visa applicants get interview slots on a priority basis once the lockdown is over, so that they can join their academic sessions in US universities on time.

At the meeting, the main point of discussion was on the process of acquiring AstraZeneca Covid vaccine from the US to meet the growing needs in Bangladesh to address the present shortfall.

Momen underscored that, while the immediate need of Bangladesh is around 4 million doses of vaccine, the US government may consider providing 20 million AstraZeneca vaccine to Bangladesh from its stock.

The US ambassador assured that his government is sincerely working on the proposal, though this is difficult to predict any time frame at this moment.

He also informed that the US is yet to provide any AstraZeneca vaccine to India, and hopefully Bangladesh will get the vaccine at the same time India gets.

Momen also welcomed US president Joe Biden’s declaration to support Intellectual Property Waiver for vaccines in the WTO, and expressed optimism that this would enable developing countries, including Bangladesh, to produce US vaccines in near future.

Momen and Miller also discussed the ways and means of bolstering bilateral cooperation, specially in the area of climate change adaptation and mitigation including possible mutual engagement before and during the COP26 of the UNFCCC scheduled in November 2021 in Glasgow.

They also reviewed mutual support between Bangladesh and the US in different elections in the UN system including in the UN Human Rights Council.