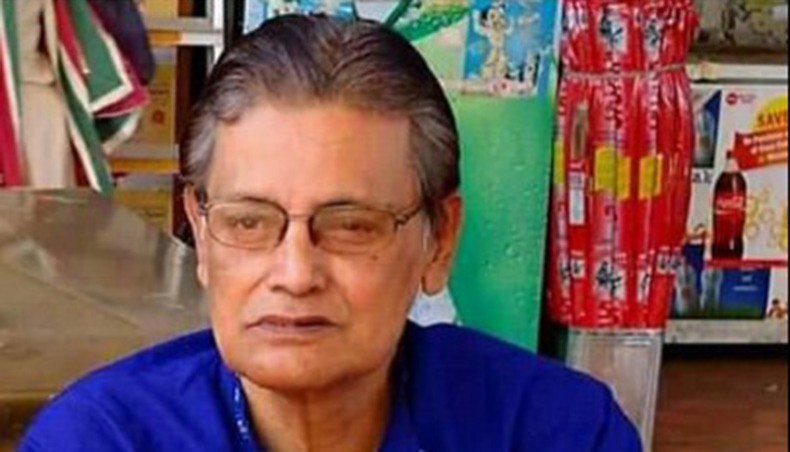 Veteran singer-composer and freedom fighter Anup Bhattacharya died while undergoing treatment at Asgar Ali Hospital in the capital on Thursday night. He was 77.

‘Anup Bhattacharya died while undergoing treatment at Asgar Ali Hospital after suffering a cardiac arrest at 8:00pm on Thursday. He was suffering from lung problems, diabetics and high blood pressure. He was admitted to the hospital three days ago,’ Bishwajit Roy told New Age.

Bhattacharya, an artiste of the defunct Swadhin Bangla Betar Kendra, is survived by two daughters.

Anup Bhattacharya was born on July 14, 1944 in Sylhet. He began his music career in 1963 as a singer at the then Rajshahi station of Radio Pakistan.

His body was taken to Gopibag Sri Sri Bholananda Giri Ashram at 3:00pm on Friday where he was given guard of honour. His body was cremated at Rajarbag Cremation Ground at 5:00pm.