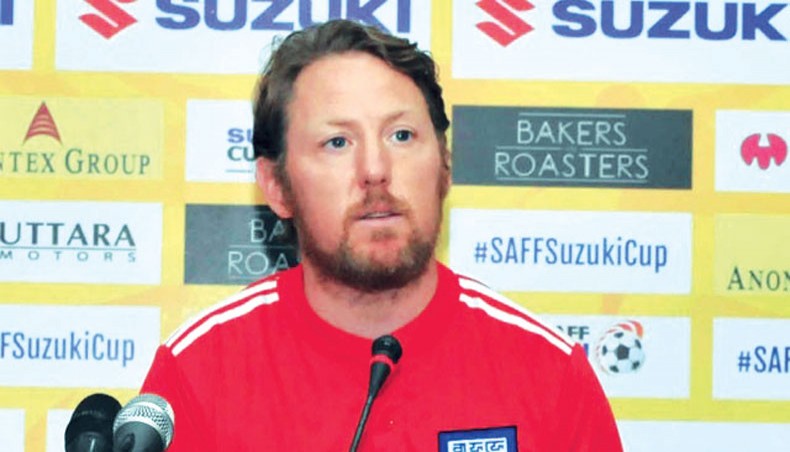 Bangladesh national football team coach Jamie Day along with the two other coaching staff are scheduled to arrive in Dhaka on May 10 after a month-long vacation, said a Bangladesh Football Federation official on Thursday.

Bangladesh football team are scheduled to start their training camp on May 12 ahead of their Group E FIFA World Cup 2022 and AFC Asian Cup 2023 qualifiers in a centralised venue in Qatar in June.

They are scheduled to play their remaining three return-leg matches of the five-team group at the Jassim Bin Hamad Stadium in Doha against Afghanistan, India and Oman respectively on June 3, 7 and 15.

All the three English coaches left Bangladesh for their native country in the first week of April after Bangladesh’s campaign in the tri-nation football series when Day’s charges conceded 1-2 defeat against hosts Nepal in the final on March 29.