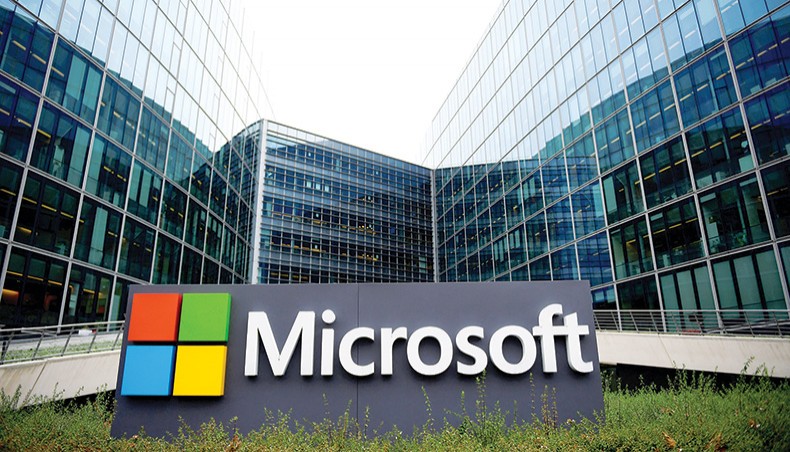 A file photo shows the French headquarters of US multinational technology company Microsoft at Issy-Les-Moulineaux on the outskirts of Paris. US tech giant Microsoft on Thursday pledged to store all European cloud-based client data in Europe amid unease on the continent over the reach of US legislation on personal data collection. — AFP photo

US tech giant Microsoft pledged on Thursday to process and store all European cloud-based client data in the European Union amid unease in the region over the reach of US legislation on personal data collection.

Microsoft’s European clients have long been concerned over the legal status of data they store with US companies in the cloud and the extent to which they could be scrutinised by US authorities.

Those worries came to a head last July when the European Court of Justice struck down the EU-US Privacy Shield, a framework allowing firms to transfer personal data to the United States in compliance with Brussels’ General Data Protection Regulation.

The court found the mechanism did not adequately protect EU data from US authorities over which Europe has neither control nor right of redress.

In a blog post on Thursday, Microsoft president Brad Smith said: ‘If you are a commercial or public sector customer in the EU, we will go beyond our existing data storage commitments and enable you to process and store all your data in the EU.

‘In other words, we will not need to move your data outside the EU.’

Smith said that the commitment would apply across all of Microsoft’s core cloud services -– Azure, Microsoft 365, and Dynamics 365 — and would take effect by the end of next year.

The initiative is dubbed the EU Data Boundary for the Microsoft Cloud.

‘We defend our customers’ data from improper access by any government in the world,’ he added.

‘We hope today’s update is another step toward responding to customers that want even greater data residency commitments,’ Smith wrote, pledging to continue to consult with customers and regulators on the issue and respond to their feedback.

It remains to be seen, however, if Smith’s announcement will sufficiently assuage lingering European fears on the issue.

‘The location of Europeans’ personal data in US providers’ European data centres does not always guarantee their security as they can still be subject to US law,’ owing to the extra-territorial reach of the latter, financial auditors KPMG noted in a white paper on the European cloud market drawn up with French IT firms including Microsoft rival OVHCloud.

Smith stressed Microsoft was committed to the EU’s vision for a ‘Europe Fit for the Digital Age’ and pledged compensation to customers were any of their data to be disclosed data in violation of European data protection rules.

Cloud services allow firms to store immense quantities of data on remote servers according to their needs but the sector is largely dominated by US providers — notably Amazon Web Services, Microsoft and Google.

The sector is growing exponentially.

According to KPMG, the European market alone, currently estimated to be worth 53 billion euros ($63.8 billion), could grow by a factor of between five and ten times by 2030.

The US market is projected to grow from a current $76.4 billion to $390.3 billion by 2028, according to Fortune Business Insights research.