Welcome to age of genetic chaos 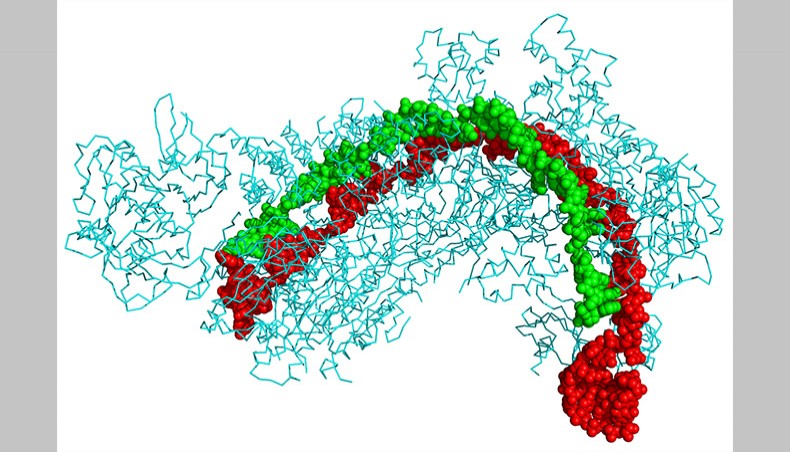 THE Nobel Prize in chemistry awarded last year to the biochemists Jennifer Doudna and Emmanuelle Charpentier for the genetic modification technique called CRISPR cemented the popular idea that a new era of precision manipulation of hereditary material had arrived. The award came on the heels of the unauthorised use of the technique by the scientist He Jiankui in 2018 in China in an effort to produce individuals (twin girls in this case) resistant to the human immunodeficiency virus, and a flurry of studies in early 2020 showing that the accuracy in altering DNA in a test tube or bacteria in a culture dish did not hold up when applied to animal embryos. Attempts to modify single genes in human embryos (not intended to be brought to full-term) in fact led to ‘large-scale, unintended DNA deletions and rearrangements in the areas surrounding the targeted sequence,’ also known as ‘genetic chaos.’

Dr He was imprisoned, fined, and fired from his academic position in China for his actions, although it is still not clear to what extent the higher-ups at his institute were aware of them. At a small meeting that I attended in Berkeley in early 2017 where He spoke, he unambiguously stated that ‘these things are thought of differently in China than in the United States.’ The US scientific establishment uniformly condemned He’s experiments, but when questioned, most scientists, including Doudna herself, and bioethicists (a profession dedicated, with a few exceptions, to getting the public used to what the scientists and bio-entrepreneurs have in store for it), left the door open to future manipulation of humans.

In a recent review in the New York Review of Books of four books on the prospects of using CRISPR and related gene modification technologies for the improvement of human biology (‘Editing Humanity’s Future’, April 29), including Walter Isaacson’s paean to Jennifer Doudna, the biotechnology editor and writer Natalie de Souza addresses the safety of such manipulations as a fundamental requirement for moving forward with human applications. But de Souza, in common with the authors of all the books under review, downplays the fact that ‘safety’ means entirely different things when therapeutic alterations of the tissues of a mature body are considered, in contrast to those that are administered at early embryonic stages. The engineering of retinal cells to relieve blindness, for example, a promising, although still uncertain, application of the technique, is not comparable to ridding embryos of genes associated with cystic fibrosis, HIV susceptibility, or sickle cell disease.

Body cell, or ‘somatic,’ modification is in line with traditional medical practice, where a sick person undergoes a procedure or takes a drug that may be the best means for saving their life or sparing them a life of misery. It might or might not be successful but is a risk a patient or those responsible for them can reasonably assume. In embryo modification, in contrast, the tissues of the body are pervasively altered as it is taking form in ways that are poorly understood.

Even so-called single-gene traits are established with the participation of dozens or hundreds of other genes often acting in compensatory fashions, leading to the situation that in some individuals a double dose of the most threatening cystic fibrosis or sickle cell gene variants leads to no adverse symptoms at all. Under such circumstances, a single gene change, no matter how accurately administered, is an uncontrolled experiment on a prospective person that may do more harm than good. While errors can be propagated to future generations (leading to the misleading claim that the hazard is primarily through the reproductive cells or ‘germ line’), damage would also be incurred by the initial experimentally produced person.

All the books under review, from the frankly promotional ones of Isaacson, Kevin Davies and Jamie Metzl, to the more balanced one of Françoise Baylis, accept the baseless premise propounded by many CRISPR researchers that gene modification of embryos can be done safely, as does the reviewer herself. ‘[I]n ten years or so, we will probably meet the minimum conditions of safety and predictability for editing out single-gene diseases,’ de Souza writes, and there is no indication that any of the authors disagrees. In a 2019 magazine article, ‘Should the Rich Be Allowed to Buy the Best Genes,’ Isaacson even portrayed the proposal of the co-discoverer of DNA and eugenicist James Watson to make CRISPR improvements available to the lower orders of society at reduced cost as a late-in-life compassionate turn. Baylis, the book author most critical of the technology, is similarly concerned with ensuring that the fruits of this powerful, perfectable technology will be distributed equitably, and that enough disparate voices participate in deciding whether the endeavour (ie, making experimental changes in prospective children; irreversibly changing the human gene pool; bringing human production into the commodity system) is what ‘we’ really want.

But the science of developmental biology (which is different from the microbial and biochemical sciences that came up with the CRISPR technology) has shown again and again that embryos simply cannot be reliably engineered. The confusions and misinformation that inevitably accompany the manufactured need for these questionable procedures are not allayed by the futuristic pondering in the books discussed in the NYRB piece, which offers nothing to help the buyer to beware of in what the reviewer unsceptically calls the ‘genetic supermarket.’

CounterPunch.org, May 5. Stuart A Newman is a professor of cell biology and anatomy at the New York Medical College and co-author of Biotech Juggernaut: Hope, Hype, and Hidden Agendas of Entrepreneurial Bioscience (Routledge).