Bangladesh to ink deal with Russia soon over Covid-19 vaccines 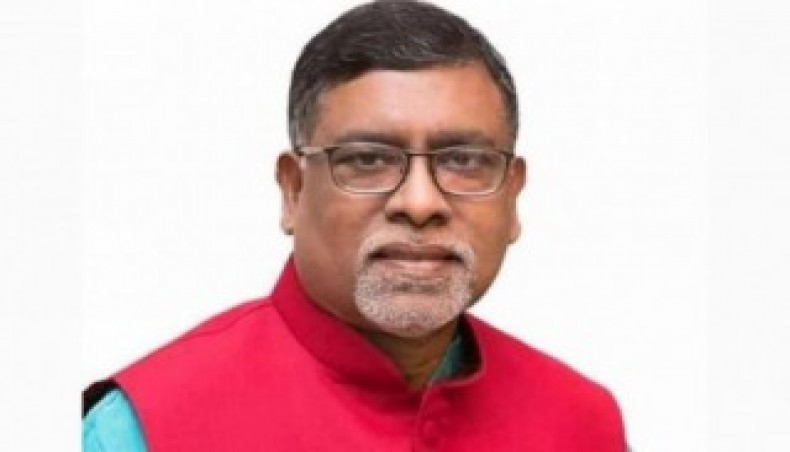 Reaffirming that the government is making all-out efforts to collect Covid-19 vaccines from different sources, health minister Zahid Maleque on Thursday said that they were now at the stage of signing a deal with Russia to procure Sputnik-V vaccine.

Speaking at a virtual discussion arranged by Bangladesh Private Medical College Association, he said they were also trying to procure the Oxford-AstraZeneca vaccine from other countries besides India.

‘We’ve been using the AstraZeneca vaccine as we had placed an order for 3 crore doses of it. We’ve got only 70 lakh jabs in addition to 30 lakh that came as a gift. But now we don’t have that much vaccine in our stock and whatever is left will be given as the second dose,’ the minister said.

He said the prime minister, health ministry, foreign ministry and other relevant ministries are making joint efforts to procure vaccines from other sources.

‘We’ve already made a huge progress in discussions with Russia over procuring its vaccine ... now we’re at the stage of signing a deal in this regard,’ Maleque said.

He said they are also in talks with China to have Sinopharm’s Covid vaccine. ‘They informed us that five lakhs doses will arrive in Bangladesh by May 12. We’ve also sent a letter to them seeking more vaccine doses.’

The minister said the Chinese government is now assessing the possibility of vaccine export to Bangladesh.

‘So, we’re making all-out efforts to collect the vaccine. Even, we’re trying to have AstraZeneca’s vaccine from other countries as it’s being manufactured in different countries. So, every effort is there to bring vaccines. We hope our efforts will yield good results, and we may be able to give you good news over the vaccine very soon,’ he said.

The minister also said they would encourage the private sector if it tries to manufacture vaccines in Bangladesh. ‘If anyone can produce vaccines, we’ll provide all-out support, and it’s my commitment.’

Speaking at the programme, State minister for disaster management and relief Enamur Rahman said there is no alternative to vaccinating people to control the coronavirus.

He said the government is working sincerely on procuring vaccines from Russia, China and other sources as there has been a crisis of AstraZeneca’s jabs in India.

Besides, he said, Bangladesh Medical Research Council has already approved local company Globe Biotech’s Bangovax vaccine. ‘We hope we’ll be able to vaccinate most of our people by collecting the vaccines within a few months.’

He said all the pandemics that emerged in the world earlier had been brought under control through vaccinations. ‘We hope we’ll be able to control the corona pandemic by vaccinating our 60-80 per cent people.’