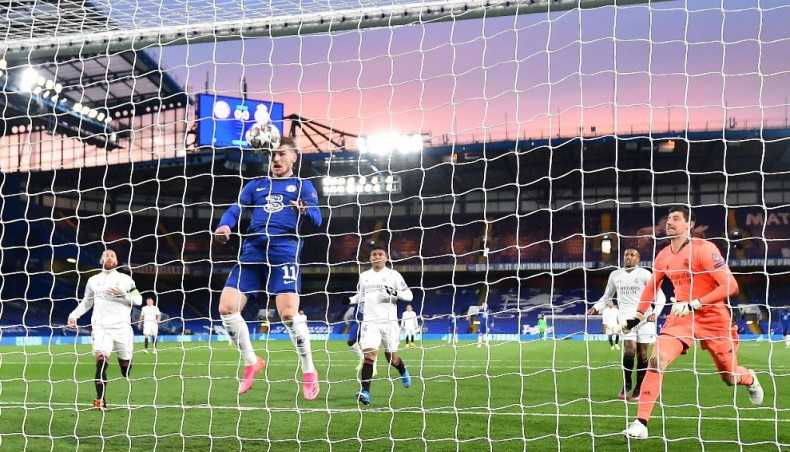 Timo Werner admitted he was relieved to redeem himself with a goal against Real Madrid which helped put Chelsea into the Champions League final against Premier League rivals Manchester City.

Having missed a sitter when the semi-final first leg finished in a 1-1 draw in Madrid, Werner made amends in the return on Wednesday with the opening goal in a 2-0 win at Stamford Bridge which put the Blues into the final with a 3-1 win on aggregate.

‘We were the dominant team for two games. That's why I'm glad I was able to make up for my mistake like this,’ Werner told Sky.

‘A childhood dream for everyone in the dressing room has come true.’

After a season blighted by a litany of high-profile misses, Werner was widely criticised after the first leg when his close-range effort was saved in Madrid.

‘In the first leg I was the fool because I didn't get the ball in from five metres,’ the Germany striker added.

‘I put this one away from five metres, even though it was a bit easier as there was no goalkeeper.

‘It would have been bad if I hadn't finished that one either.’

He gave Chelsea the first-half lead when Kai Havertz's chip rebounded off the bar, presenting Werner with an easy header into an empty net just short of the line.

The 25-year-old's 12th goal for Chelsea was only his second in his last 18 games since signing from RB Leipzig for £45 million ($62 million) last year.

Chelsea booked their place in the Istanbul final on May 29 when Mason Mount tapped in their second goal five minutes from the final whistle.