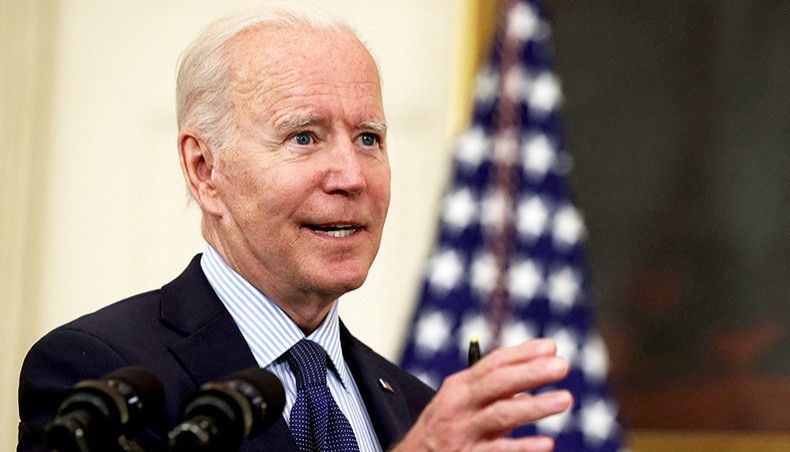 WITH China and Russia at the top of Biden’s agenda in our contemporary story of empire, readers may think that my foray into an example of magical thinking is poorly chosen. When the hypocrisy of magical thinking and faux religion hits home personally, even at a time of personal loss, then ‘attention must be paid’ in homage to Arthur Miller’s symbol of the cutthroat world of business as usual.

Attention must take a special place in history when Nixon’s former secretary of state, Henry Kissinger, is viewed as the voice of reason vis-à-vis China (‘Failure to improve US-China relations “risks cold war”, warns Kissinger’, Guardian, April 30, 2021) given all of the China bashing and anti-Asian-American violence of the recent past. Recall that Kissinger was one of Nixon’s most fervent supporters of the Vietnam war and violent debacles in Chile to name a few.

The call came on a recent afternoon, and I had long since decided not to take direct calls from this childhood friend and former neighbour since I could no longer tolerate his monologues into his slavish dedication to a cult-like sect of a major religious tradition that he continued to follow decades after such a penchant became passé.

This friend’s continued dedication to religion worked out well for him during the Vietnam war because he got out of the military draft by claiming his status as a bonafide teacher of this religion. By the time of the 2001 attacks, he was singing a different tune and stated that ‘Not many will agree with your position against the war in Afghanistan.’ When it was advantageous to shirk the burden of war, he went in whole hog; when it was fashionable to support war, he was there, too. Different political seasons required a different wardrobe.

During the war in Southeast Asia, there was an accepted point of view on the left that getting out of the draft by any means was a principled position and deprived the government of another body for that immoral war. From my point of view, that argument only went so far since I came to view resistance to that war and militarism as something for which a person had to pay a moral price through resistance. Bone spurs, a job in a so-called defence factory, or status as a teacher of a particular religion needed to be viewed in context and not accepted as a universal good.

When my friend’s calls continued in rapid fire, I knew something was wrong and sent him a text message. He wrote of his brother’s death, and I sent him a return message that spoke of grief and sorrow.

After several text messages back and forth, our text conversation became bizarre in a way that I could have predicted. My friend began sending text messages in which he related the magical happenings that he either witnessed or heard about from other family members relating to his brother’s death.

He spoke of his cell phone making a magical and spontaneous call to his brother’s wife while my friend was asleep. He spoke of other magical and unexplainable events, such as lightning bolts crashing at his window after the death of another family member. The point here is not to lessen the impact of death and grief, but to point out the magical thinking that involves events that could not possibly have taken place or only happened by coincidence.

This is not to discount the good that ethical actions based on religious beliefs can engender. However, the false and negative uses of religion that have proliferated since the Vietnam War era have served the purpose of justifying the unjustifiable and creating a society with gross levels of inequality.

This magical thinking among religious fundamentalists removes rationality from the genuine pain of grief and attempts to explain the real world and its flaws by mystical experiences.

A few months ago this same friend railed at an influx of people of colour, some immigrants, in the small town in the Midwest where he lives. I recoiled at his description of these human beings who he described as criminals not worthy of occupying the same physical space as he did and wondered why he had had no religious epiphany at their very real Earthly suffering.

CounterPunch.org, May 5. Howard Lisnoff is a freelance writer. He is the author of Against the Wall: Memoir of a Vietnam-Era War Resister (2017).