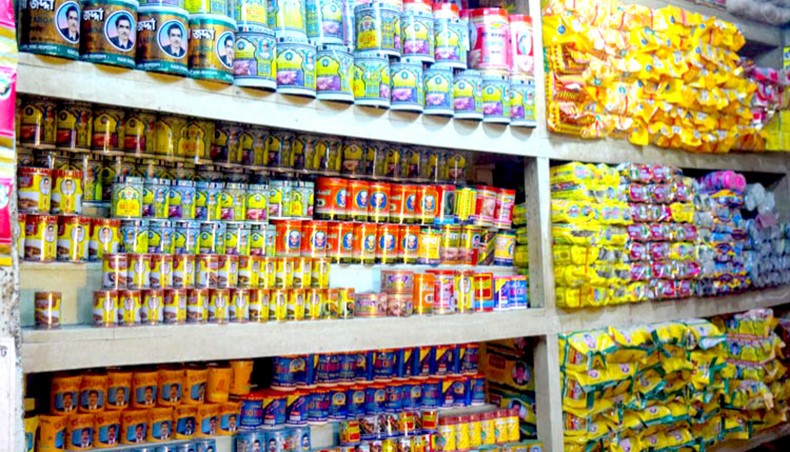 TOBACCO, including both smoking and smokeless tobacco, is one of the most serious public health concerns in the world. In Bangladesh, tobacco use kills almost 126,000 men and women per year. Over 1.5 million adult men and women suffer from various diseases due to tobacco use.

It is the only product for which a global convention, Framework Convention on Tobacco Control of the World Health Organisation, has been formulated in 2003 and is signed by 181 countries. Many countries including Bangladesh have formulated national tobacco control laws. We are familiar with ‘No smoking’ measures, but there are few provisions in the law to prevent use of ‘socially acceptable’ smokeless tobacco, ie zarda and sadapata used with betel quid. Smoking has cultural barriers in our society, but zarda with paan is very much a household treat and the adult women in the families are consuming it without any prohibition. The various brands of zarda with attractive names (surovi, shobha, hakimpuri, shahzadi, bou and so on) are on the market at a cheap price making it affordable to the users. Sadapata, the dried unprocessed tobacco leaf, is found in loose form and sold cheaply. Another smokeless tobacco product, gul, is applied on the gums, and is widely used among poor men and women as a ‘remedy’ for toothaches and as addiction. One can get these products at less than Tk 10 per 10 grams.

Statistically, in comparison to smoking (18 per cent), smokeless tobacco is used by 20.6 per cent of the adult population in the country. Smokeless Tobacco has higher use among adult women (24.8 per cent) compared to 16.2 per cent of adult men, keeping to the Global Adult Tobacco Survey, 2017. About 23 per cent women use smokeless tobacco (zarda and sadapata) with betel quid, 4.1 per cent of them use gul. Needless to mention the use of these products is higher among the poor (urban and rural). Despite the higher use, until the amendment to the Smoking and Tobacco Products (Usage) Control Act in 2013, it was not even included in law.

So far, smoking got more attention globally because its prevalence was more in the European and North American countries and among men. On the other hand, 90 per cent of the users of smokeless tobacco products (zarda, sadapata, gul, nosshi) are in South and Southeast Asian countries and the users are mostly women.

Since 2013, the need to control the use of smokeless tobacco has been well recognised. A Global Perspective report released in 2014 by the National Cancer Institute and the Centres for Disease Control and Prevention shows strong associations between smokeless tobacco use and several serious health consequences. Studies document that smokeless tobacco use causes some types of cancer, pre-malignant oral lesions, adverse reproductive effects, cardiovascular disease, and addiction. Other studies have found significant adverse effects of smokeless tobacco use on reproductive health (especially during pregnancy with birth complications, foetal loss, low birth weight, and prematurity) in India and other Asian countries. Therefore, the health effects on women are already known, although in Bangladesh epidemiological medical evidences are yet to be collected.

The production and marketing of the smokeless tobacco products are unregulated. There are hundreds of zarda brands, sold in the retail markets, in 45 different sizes of containers of 15 different weight levels. Most common weight is 10 grams. The bigger weight containers of over 50 grams are mostly found in small paan-shops, or vendors who are actually selling zarda as ‘khuchra’ as in without packages along with paan (betel leaves). The gul is found in two different sizes. The price is as low as Tk 5–10. The higher price depends on the weight per package. As most of the zarda-gul users are the poor women, it is in the interest of the manufacturers that they keep the price low to attract these poor consumers. The hundreds of unregulated manufacturers use the lack of standardisation of the packaging of the zarda and gul products to their advantage.

In order to control the use of these very cheap and widely available smokeless tobacco products, enforcement of law is difficult. Therefore, like other tobacco products, the most effective way to reduce the use is to raise the prices through tax increases.

In 2010-11, the tax imposition (ex factory price) was very low, only 20 per cent supplementary duty and 15 per cent VAT, later the SD was increased to 100 per cent in 2016-17. Economists have suggested imposition of higher tax, changing the tax base for smokeless tobacco products to retail price. They are also suggesting a specific excise system replacing the existing ad valorem excise tax. With very low-price base and non-standardised packaging, effective tax imposition is difficult to make.

For the 2021-22 budget, the proposals for tobacco tax on cigarette, biri and smokeless tobacco products are made by the tobacco control groups. According to these proposals, for the smokeless tobacco products, the price per 10-gram jarda and gul should be Tk 45 and Tk 25 respectively. A specific supplementary duty of Tk 27 should be imposed on per 10 grams jarda and it should be Tk 15 for 10 grams gul. As a result of such measures, in both jarda and gul, the specific supplementary duty will be 60 per cent of final retail prices.

Unfortunately, smokeless tobacco taxation remained at the bottom of the list of tax proposals and got much less attention. It is not surprising that the patriarchal policies may ignore the need to protect women from the health hazards from the use of smokeless tobacco.

These products are manufactured in informal settings such as using part of the houses of the owners or unmarked ‘factory’ not even having a signboard outside to recognise them. Rickshaw-pullers are better guides to any visitor to the zarda and gul factories. One can get a license for manufacturing zarda and gul rather easily from any local government bodies such as union parishad, municipal corporations and city corporations. In the study on 88 zarda and gul manufacturers, 33 per cent did not have any valid license, but they were producing and marketing their products without being regulated by any authorities.

It is not enough to propose higher tax on these products as the present tobacco tax structure is complex and is not adequate to discourage tobacco use. For the smokeless tobacco products the wide variety in size and weight of the containers, tax is imposed on only 10 grams of sale, while the market has so many weight variances causing obstacle in the enforcement of tax. Other non-tax measures such as standardised packaging must be taken to amplify the impact of tax.

In the UBINIG study, the experts have identified among others three practical problems related to smokeless tobacco tax. Firstly, smokeless tobacco revenue collection is not prioritised as tax officers can meet revenue target through cigarette tax collection; secondly, lobbying by tobacco companies impedes efforts to strengthen tax administration and enforcement; and thirdly, the government periodically awards smokeless manufacturers, which is quite antithetical to the government’s commitment to public health and its tobacco control policies.

A false image is created that the government earns high amount of revenue from tobacco companies. In 2019-20 the tobacco tax of Tk 29,388 crore taka may look like a lucrative amount. But a 2019 study showed, the revenue from tobacco was Tk 22,810 crore in 2017-18, but the economic cost incurred by the government on medical expenses and loss of productivity amounted to Tk 30,560 crore, which is Tk 7750 crore more. The users continue to suffer from tobacco related diseases and the premature deaths of the family member cause serious economic and social burden.

As tax measures help to increase the price and it helps to reduce the tobacco use, the imposition of higher and effective taxation must be taken seriously. It is not only an economic measure, but a public health action to save lives, more specifically to protect women’s health.

Farida Akhter is executive director of UBINIG and organiser of Nayakrishi Andolon. The article is based on findings of an UBINIG study.