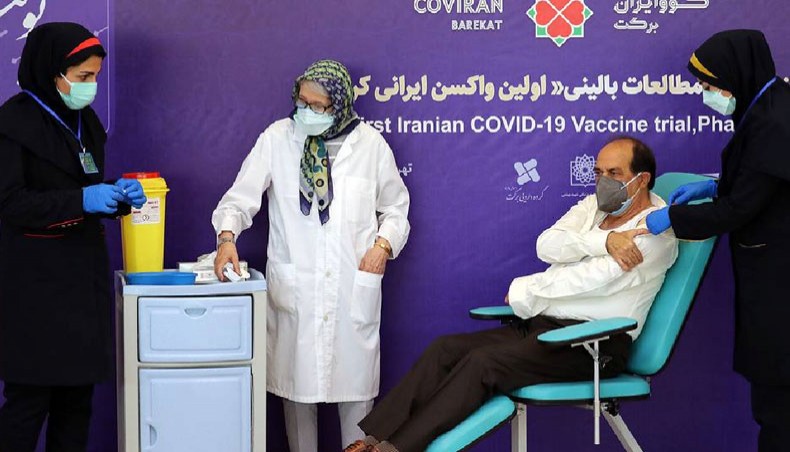 Iran has announced its success of human trials of a domestic coronavirus vaccine, named Fakhra in memory of the late nuclear scientist Mohsen Fakhrizadeh, the Islamic Republic News Agency reported, adding that the scientist’s son had taken part in the trials as a volunteer.

The first clinical trials of the jab, developed by the Iranian Defence Ministry’s centre that Fakhrizadeh used to head, kicked off in March. The scientist was killed in the Tehran province on November 27, 2020.

According to spokesperson for National Security and Foreign Policy Commission of the Iranian Parliament Abolfazl Amouei, Fakhrizadeh’s assassination was organised by Israeli intelligence agencies and probably involved other countries’ secret services.

Phase three trials of the COVIran Barakat vaccine began in late April. Director of the Scientific Committee at Iran’s Anti-Coronavirus Crisis Center Mostafa Ghanei said that the shot might be approved for use in May and other domestic medications could follow in another two to three months.

The country has already received seven vaccine batches. Iran decided to inoculate intensive care personnel at the first stage and then move on to immunizing other healthcare workers and people over the age of 65. The country plans to start the production of Sputnik V in a couple of months.