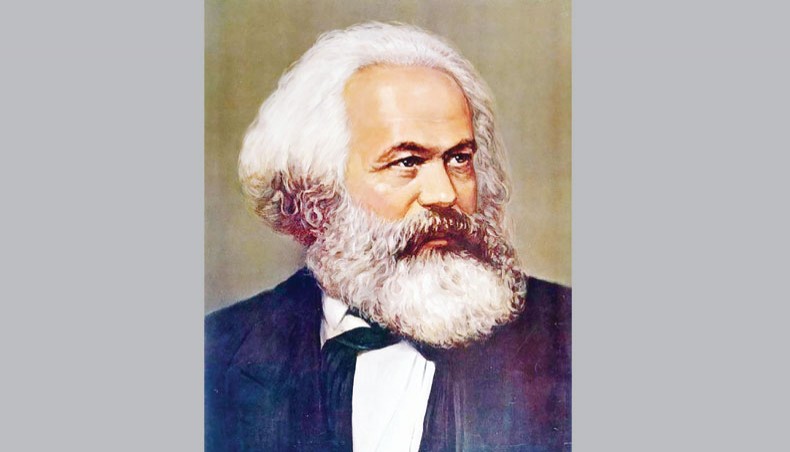 Today is the 203rd anniversary of birth of Karl Heinrich Marx, a German philosopher who developed the socio-political theory of communism.

Many of the books were co-written with his friend, the fellow German revolutionary Friedrich Engels.

His contribution to dialectical materialism significantly changed the concept of philosophy.

Marx’s theories on society, economics, religion and politics, which are collectively known as Marxism, hold that all societal progresses will be through the dialectics of class struggle.

He initiated the study of history through his historical materialism theory.

Bangladesh Pragati Lekhkak Sangha will hold a virtual discussion meeting on Wednesday at 7:00pm to mark the day which will be telecast in Ekota Television directly in its Facebook page, a press release of Sangha said.