To achieve press freedom, we must rewrite journalism 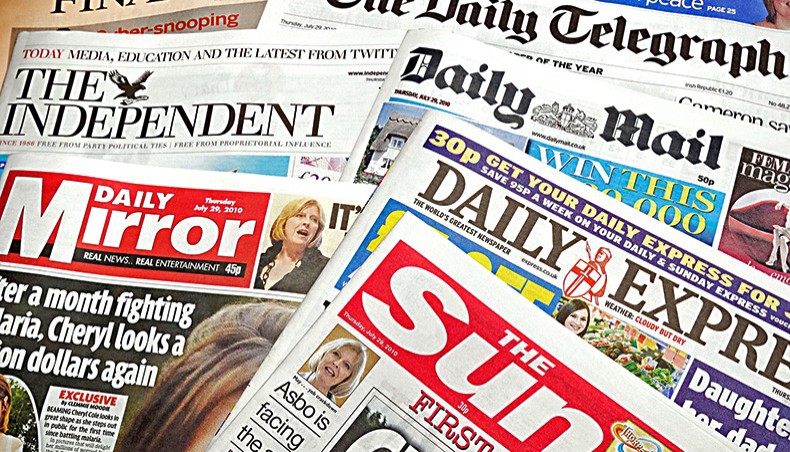 It is time to liberate our media systems from the political and economic forces that have long subtly controlled them, writes Dan Hind

MONDAY marked World Press Freedom Day. It is a moment to celebrate the work that journalism does in holding power to account. It is also a moment to raise awareness of the dangers facing journalists in many countries. At least 1,400 journalists have been killed for doing their job in the three decades since the first World Freedom Day in 1991. Many of those were killed by their own governments, or by organised crime groups linked to political elites. This year’s coverage will focus on this violence, and on the culture of fear it is intended to promote. And this is right and proper. As long as people cannot go to work without fear of violent retribution there is a pressing need to bear witness.

But for those of us lucky to live in countries where journalists are not regularly subjected to official harassment, intimidation or worse, it is useful to reflect on the state of press freedom in what is hardly ever referred to in our major media as the imperial core. Here, the threats to journalism are much less cartoonishly obvious. Even state repression has an almost cryptic quality. No one can draw a straight line from the fact that Julian Assange has done more to embarrass Anglo-American power than anyone alive and the fact that he is now in the UK’s Belmarsh prison. And while in 2013 employees of UK’s intelligence agency GCHQ did turn up at The Guardian to make sure some sensitive hard drives were smashed with hammers, for the most part that paper is on cordial terms with that same state.

Repression in the west for the most part is not a matter of gangsters and uniformed goons. The media systems that regularly reach mass audiences operate as a collaboration between profit-seeking institutions and state and parastatal institutions. These collaborations, which feature in our media commentary about as often as talk about an imperial core, deliver accounts of the social that reflect the various interests and concerns of the participants. Facts that are not useful to those who wield power are sometimes suppressed outright but they are mostly just finessed away. ‘Everyone knows’ some things, that just don’t ‘cut through’ with the public, until it is time for one actor or another to make their move.

In the past few weeks in the UK we seem to be seeing one of these shifts in the state-media complex. In 2019 ‘everyone knew’ that Boris Johnson was unfit to be prime minister. But when there was a left-wing Labour Party to be defeated it could be filed under things that ‘everyone’ didn’t mention. Journalism in a system like ours is intensely social in part because it is important that everyone is up to speed with a consensus view on what is and isn’t newsworthy. Needless to say, individual workers for the most part have very little say in how this ongoing account of the social is put together. As sociologist Pierre Bourdieu put it, ‘journalism is a very powerful profession made up of very vulnerable individuals.’

A few journalists have immense freedom, in the sense that they can say and write what they like, confident that it will be published without alteration. You cannot buy their spontaneous enthusiasm for what editors and producers find useful. You just have to promote it when you find it. Meanwhile most journalists know very well that there is a vast distance between what they think in the privacy of their own skulls, and what they must produce if they are going to keep paying the mortgage. At times it can seem that the business end of mass media journalism is made up of intelligent people, whose days are filled with the self-conscious production of inanities, working alongside a gilded handful who combine rigorous incuriosity and moral insanity.

This blend of freedom and constraint reproduces a vision of the world that is often and for many people much more persuasive and plausible than what makes the news in more straightforwardly repressive regimes. And this matters a great deal. For one thing, the coverage in the core is often vitally important in maintaining the viability of regimes that are both western allies and vicious dictatorships. We read about attacks on journalists in Colombia, Iraq and Saudi Arabia but are not usually reminded that the US and UK states are funnelling arms and expertise to those nations at the same time that they are briefing journalists about the uncertain progress of human rights around the world. Our media leaves us in a state of guilty innocence. We do not know what the governments we vote for are doing. But who else is responsible for these deaths, if not us?

Over the past decade western state-media systems have been knocked off balance by the emergence of new, massive digital platforms such as Facebook and Twitter. One sign of this new instability is the relative ease with which we can now find criticisms of prominent figures in the media, and of the structural connections between supposedly independent institutions and political operators. We don’t have to idealise the internet to acknowledge that accredited speech can be challenged and ridiculed in ways that were simply impossible in the print-broadcast era. This is metabolised by those who predominate in public speech as Twitter mobs, extremism and conspiracism and a restoration is being attempted. Leading figures like media mogul Rupert Murdoch are pushing the platforms to channel revenues to ‘trusted’ publishers like his. Meanwhile, the platforms themselves will be tasked with policing content that Murdoch, the former owner of the News of the World, considers ‘scurrilous.’ A future is visible in outline, in which criticism can be safely returned to the margins. Indeed, the technology might prove useful in finding a sweet spot for dissent, at which it can be held up as evidence of the system’s pluralism and tolerance, while remaining powerless in the face of the imperial agenda.

Press freedom has always been understood as requiring more than freedom from direct aggression. The 1991 Windhoek Declaration, on whose anniversary World Press Freedom Day falls, states that ‘by an independent press, we mean a press independent from governmental, political or economic control or from control of materials and infrastructure essential for the production and dissemination of newspapers, magazines and periodicals’. Meanwhile Article 19 of the Universal Declaration of Human Rights, which forms the basis for Windhoek, establishes our right to ‘receive and impart information and ideas through any media and regardless of frontiers.’ It is the economic weapon that overwhelmingly denies us this right. The vast majority of us simply lack the material means to play a meaningful part in the construction of our shared understanding of the social world.

This will only change when we move beyond a narrow focus on violence and begin to establish methods for funding our media systems that recognise their inescapably constitutional status. To put it another way, if we want to establish the freedom of the press from political and economic control, we must build forms of public power that can overmatch both. At a minimum, this requires two innovations in the structure of the state. First, we must insist on individual, egalitarian and universal control of state funds intended to subsidise journalism. Second, we must establish representative citizens’ panels tasked with investigating matters of general concern and publicising the results. Journalism is too important to be left entirely in the hands of journalists. Billionaire owners and political insiders know this all too well. It is time the rest of us wised up.

This might sound impossibly distant and unlikely. But it could not be more pressing. We are in the early stages of a climate catastrophe that was effectively marginalised in news coverage from the 1960s onwards. We are still living with the consequences of wars started with the enthusiastic support of our major media. Our economies are hobbled by a financial collapse in 2008 that those same media neither predicted nor understood, and by a disastrous policy response that our media accepted without question. A system that cannot accurately describe its own nature cannot begin to describe how repression in other countries is underwritten by our own. Until we have substantially liberated our own media systems from the forms of subtle control that distort its coverage and confound our understanding, the murders and kidnappings will continue.

OpenDemocracy.net, April 30. Dan Hind is the author of The Threat to Reason: How the Enlightenment Was Hijacked and How We Can Reclaim It, Common Sense: Occupation, Assembly and the Future of Liberty and The Return of the Public: Democracy, Power and the Case for Media Reform. The paperback of The Return of the Public is out now on Verso.