Serum Institute in India ‘to invest in UK’ 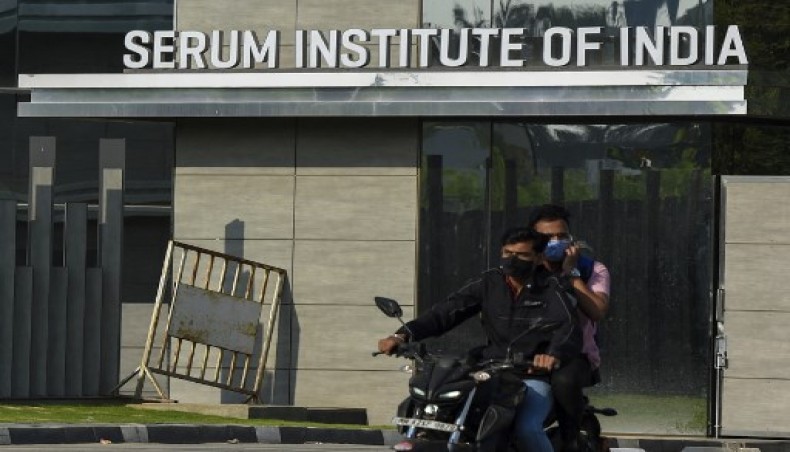 In this file photo taken on January 22, 2021, motorists ride past the entrance of India's Serum Institute in Pune. -- AFP photo

Vaccine maker the Serum Institute of India is set to invest in facilities in Britain and could even manufacture inoculations in the UK in future, prime minister Boris Johnson said Monday.

Johnson’s Downing Street office said the £240 million project would include a sales office, ‘clinical trials, research and development and possibly manufacturing of vaccines’.

The Serum Institute of India is the world’s largest vaccine maker by volume, and has been at the forefront of producing the lower-cost AstraZeneca coronavirus shot.

SII has also begun phase one trials in the UK of a one-dose nasal vaccine for coronavirus.

Downing Street said the vaccine maker’s plans were part of a wider package of trade and investment deals with India worth £1 billion that it expects to create over 6,500 jobs.

It was announced ahead of virtual talks between Johnson and Indian prime minister Narendra Modi on Tuesday.

With its massive population and growing economy, India has been high on London’s list of trade deal targets since Britain left the European Union last year.

But a surge in Covid-19 cases has left the health system there at breaking point, forcing Johnson to shelve a planned visit this month.

Before the current wave, India was exporting tens of millions of SII-made AstraZeneca shots via through the Covax scheme supplying poorer countries.

SII makes 60-70 million AstraZeneca doses per month, and is aiming for 100 million by July.

With its 1.3 billion people, India has become the latest hotspot of the pandemic, even as richer countries take steps towards normality with accelerating vaccination programmes.

SII, based in Pune, southeast of Mumbai, is a state-of-the-art production facility headed by 40-year-old chief executive Adar Poonawalla, scion of a pharmaceutical dynasty worth an estimated £11 billion.

Poonawalla attracted criticism for heading to London just before Britain put India on a red list of banned countries as infection rates and deaths spiralled back home.

He told The Times in an interview published on Saturday that he had joined his wife and children in Britain because highly-placed Indians were pressuring him to provide them with jabs first.

‘‘Threats’ is an understatement,’ he said – although he has since announced he is heading back to India.

Under a post-Brexit ‘Global Britain’ strategy, Johnson’s government is pivoting its foreign policy priorities towards the Asia-Pacific region, signing trade deals with countries including Japan and Singapore.

The latest ‘Enhanced Trade Partnership’ announcement with India includes lower trade barriers for some UK exports such as fruit and medical devices.

But there are signs India may be reluctant to sign a more wide-ranging trade pact, as Modi pushes ‘Made in India’ and ‘Self-Reliant India’ agendas.

Last year he abruptly baulked at joining the Regional Comprehensive Economic Partnership, a free trade agreement among 15 Asia-Pacific nations, because New Delhi feared its agricultural, dairy and services sectors would be disadvantaged.

Former US president Donald Trump disparaged India as the ‘tariff king’ for its duties on imported goods, hobbling trade talks despite his friendly relations with Modi.

Talks are due to resume between India and the EU on a free-trade deal later this month, eight years after 16 rounds of talks broke up in deadlock.

Trade negotiations are also reportedly set to resume with Canada soon after a gap of four years.