US to authorise Pfizer vaccine for 12yrs and up: report 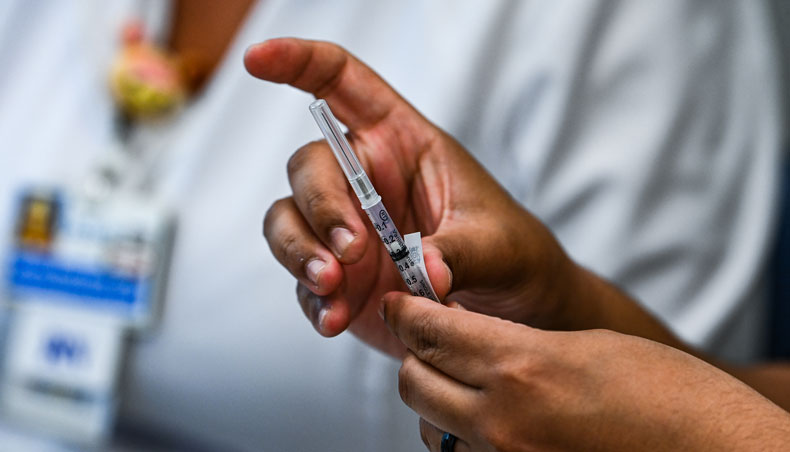 The United States is expected to authorise the Pfizer-BioNTech Covid-19 vaccine for children age 12 and up by early next week, US media reported on Monday.

Pfizer has applied for emergency use authorisation for its Covid vaccine for children and teenagers between ages 12 and 15, according to CNN, citing a government official.

‘The FDA will have to amend the emergency use authorization for the vaccine, but the process should be straightforward,’ CNN reported.

The US Food and Drug Administration is expected to grant that approval by early next week. After the FDA decision, the Centers for Disease Control and Prevention advisory committee will meet to recommend how the vaccine should be used.

A spokeswoman for the FDA declined to give details on the approval timeline, telling The Washington Post: ‘We are working to review this request as quickly and transparently as possible.’

The Pfizer vaccine is currently authorized for people 16 and older in the United States.

The US pharmaceutical giant said in late March it had submitted data from a clinical trial of 2,260 12- to 15-year-olds that showed the vaccine was highly effective and well-tolerated.

Moderna is conducting trials of its vaccine in teens, with results expected in the summer, as well as in younger children.

Johnson & Johnson is also planning paediatric trials for its vaccine.

Expanding vaccine authorization to include adolescents could open up the US mass vaccination program to millions more people.

The national vaccination rate peaked around April 11, according to official data, and although 55 per cent of US adults now have had one or more doses, there’s still a long way to go to achieve population immunity against Covid.

The people most eager to get their shots have, for the most part, already rolled up their sleeves and done so.

But vaccine hesitancy remains a major obstacle: a large percentage of US adults don’t plan to get the shot and could potentially refuse to get their children vaccinated.

Among Republican voters, 29 per cent say they will never take the vaccine, compared to 5 per cent of Democrats and 9 per cent of independents, according to a recent survey by the Kaiser Family Foundation.