Guardiola calls for cool heads to see off PSG 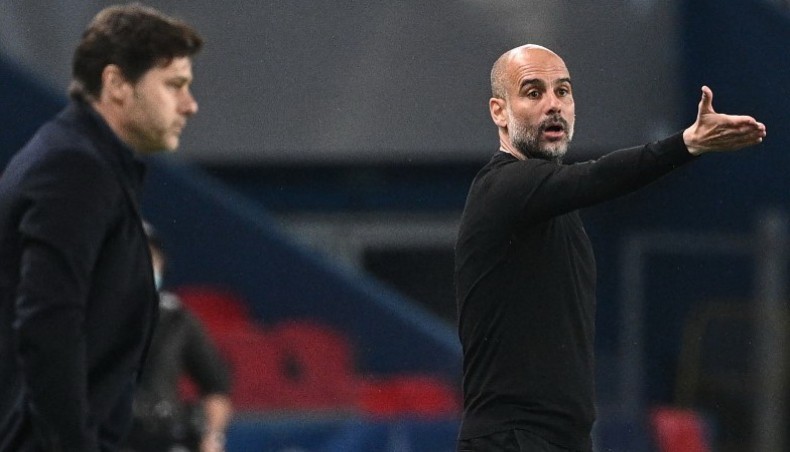 Pep Guardiola on Monday called on his Manchester City players to control their emotions if they are to reach a first ever Champions League final as they take a 2-1 lead into the second leg of their semi-final against Paris Saint-Germain.

City came from behind with a stunning second-half performance in the French capital last week to take a giant step towards a goal they have been chasing ever since Sheikh Mansour's takeover in 2008 transformed the club's fortunes.

Guardiola has won the Champions League twice as a coach when in charge of Barcelona, but has failed to do so in the past 10 years as he has suffered numerous agonising exits from Europe's premier club competition as Barca, Bayern Munich and City boss.

City moved to the brink of sealing a third Premier League title in four years at the weekend and Guardiola urged his side to maintain the same focus they have all season to see off PSG on Tuesday.

‘The second-leg of semi-final always the toughest game, more than the final. We have to control our emotions to do exactly what we have to do,’ said Guardiola at his pre-match press conference.

‘You cannot play 90 minutes like we played in the second half (in Paris). I would love to but it won't happen.

‘What we have to do is not different to what we have done over the last seven months. Go out and play our game and win.’

PSG are also dreaming of winning the Champions League for the first time, but if they are to progress to the final for a second consecutive season, they will need to score at least twice at the Etihad.

City have not conceded more than once in a Champions League game all season as the centre-back partnership of Ruben Dias and John Stones has eradicated the sort of defensive lapses that have cost Guardiola's men in previous years in this competition.

Stones admitted the English champions-elect have to remain wary of the ‘world class’ talents of PSG star duo Kylian Mbappe and Neymar, but said City are confident of finally getting to the final

‘I think (we are) quietly confident, we have to be. It is a big occasion for us as players and as a club, a chance to get into a Champions League final,’ said Stones.

‘We have got to go into it where we left off. We are really confident and excited for the challenge ahead.’

Mbappe is an injury doubt after sitting out Saturday's 2-1 win over Lens due to a calf strain.

The French World Cup winner has travelled to Manchester with the rest of the PSG squad and Guardiola dismissed any suggestion he won't be available.

‘He is going to play,’ added Guardiola. ‘I am looking forward to him playing, for the football and the game itself.’