In conversation with Ishrat Tania 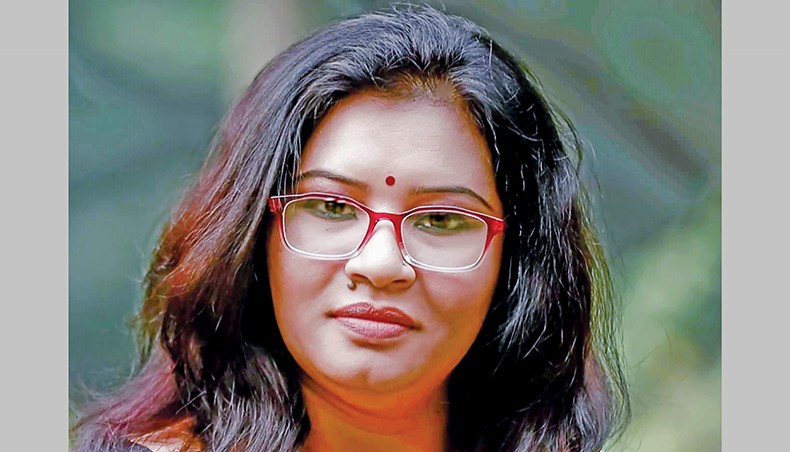 Fiction writer Ishrat Tania said that her efforts in exploring authenticity in literature involve ‘dream writing’. She uses the technique to traverse a variety of texts and subtexts. As a result, she adds, her process of writing is always in flux.

‘I think that a story is a successful one when it can get into a dialogue with the readers and incite a mixture of emotion and intellect in them. After the readers encounter the story, their mental state alters — the readers are displaced from the position they previously held. My effort whole-heartedly rests on realising the technique of dream writing,’ Ishrat Tania told New Age.

Ishrat Tania also threw light on how the style and concept of a story constantly change as the process of writing progresses.

‘Stories to me are about some of the visible and invisible moments of life, the constant flux in human behaviour and the continuous disclosure of the mental geography, and all this may or may not be translated into narratives. Although a story does not have a definite outline, there is always a lot of reorganisation taking place regarding the structure,’ explained the author, adding, ‘As time changes, so does life, experience, ideas, learning, values, logic, and morality.’

‘I would like to give some examples from my story namely Ekti Shabder Post Reality, which I have written based on the idea of post-truth in the context of the current world order. It is now said that we are living in a post-truth world, where the truth is constantly being distorted. Alternative facts are replacing facts and feelings,’ Ishrat Tania argued and added that truth is also elusive.

‘In the story titled Daphan Kingba Daher Kichhu Aage, the body of a young woman awaits a court decision regarding whether the body will be buried or cremated. In the story, people can only speculate about her religion,’ said Ishrat Tania.

She continued, ‘If a writer wants to reflect on the postmodern condition, I do not think that the narrative should be tied to that old beginning-middle-end structure. I think modern Bangla short stories now stand far apart from the formula where things lead to a climax and a surprise waits in the last sentence.’

It is important to keep in mind that after the removal of the issue of ‘story engineering’ from the story, there must be ‘something’ left for a story to remain interesting, she added and explained, ‘Otherwise, only facts will remain there for the readers. A story is not just a theoretical or philosophical statement. It has to bring itself closer to life. A story has to be developed skilfully and the reader should find an amalgam of history, sociology, fantasy, folklore, psychoanalysis, relationships, loneliness or togetherness within the same locale.’

Ishrat Tania also talked about how she picks up her elements and meshes them with her own ideas to develop a plotline.

‘Most of the materials of stories spring up in my mind from lived experience and the environment amid which one lives,’ mentioned Tania, adding, ‘Sensitivity to life and emotion is indispensable to my story writing. An idea of a story strikes when a relationship is established between the environment, a particular situation and time. Ideas of stories emerge like waves inside the mind, and then I pay attention to the background, the characters, the period and geographical location they inhabit to conjure up the story.’

The writer also shed light on how some stories in the collection of short stories entitled Mod Ek Swarnabh Shishir examined through a critical lens.

‘As a woman writer writing on gender identity, I have depicted the position of women within the patriarchal structure of our society. Women’s obstacles, struggles and transitions have therefore become part of my narrative. I try to write the unknown things about the body and mind of women. In the story Bijpurush, the craftsman makes a wooden magical box while Nilufar waits for her unborn child. The story of Apata Abyaktigata is about a sex worker who continues to struggle to raise a child by herself without the presence of the father. Junai Bibir Abhijojon is a story written in the context of the riots of 1964. This story is about the danger of public life in the divided Bengal. Here the non-communal outline of the religion is revealed through the memories of the central character, namely Junai Bibi. The story titled Prinsa Khen O Chandrakala revolves around the courage and intelligence of a Rakhine woman, namely Prinsa during the 1971 liberation war,’ concluded Ishrat Tania.