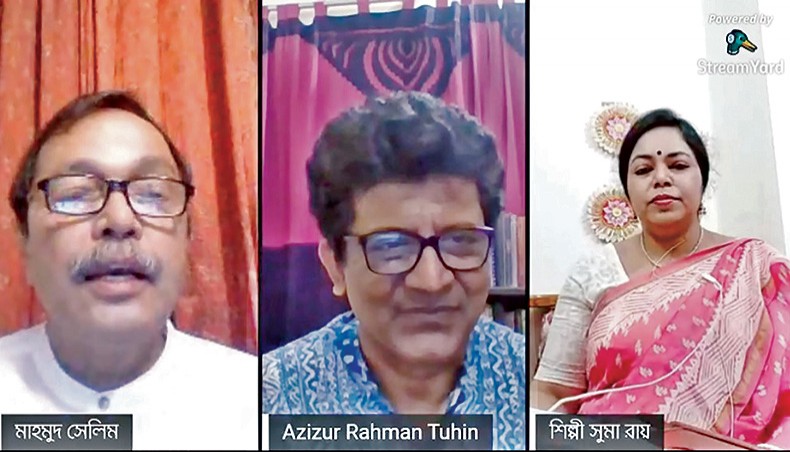 The event titled ‘Nagarik Palli Geeti’ was arranged marking Rabindranath Tagore’s 160th anniversary of birth, which will be observed on Baishakh 25.

Singers Suma Roy and Azizur Rahman Tuhin rendered songs at the programme, which was streamed live on the Facebook page of the organisation at 9:30pm.

Biswajit Roy, general secretary of Radharaman Sangskriti Charcha Kendra, also attended in the event, which was anchored by Mahmud Selim.