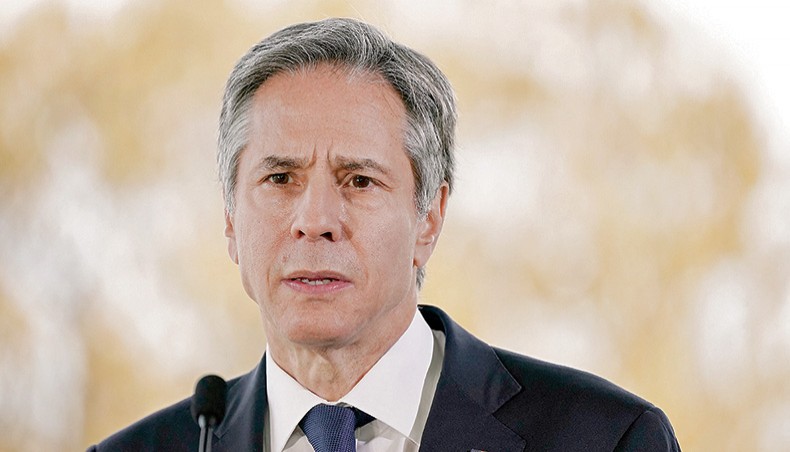 US secretary of state Antony Blinken on Monday opened the Group of Seven’s first in-person talks in two years by presenting the new administration’s fresh approach on North Korea, which has already denounced it.

With Covid raging in India but increasingly coming under control in the West, Britain welcomed foreign ministers of the club of wealthy democracies to London discuss a post-pandemic agenda and prepare for a G7 summit in southwest England next month.

India, South Korea, South Africa and ASEAN bloc chair Brunei were invited as guests to the three days of talks, which will also address rising tensions with Russia and China as well as diplomacy to revive a nuclear accord with Iran.

Amid stringent anti-Covid measures including restrictions on movements, Blinken met separately at his hotel with the foreign ministers of Japan and South Korea days after president Joe Biden completed a review on North Korea policy.

‘We are grateful to have this opportunity to have in-depth discussions with the US after the conclusion of your policy review,’ South Korean Chung Eui-yong said, as he welcomed the ‘very positive and open message’ by Biden in his address to Congress last week.

The State Department said that Blinken and Japanese Foreign Minister Toshimitsu Motegi ‘shared their concerns about North Korea’s nuclear and ballistic missile programmes’ in their meeting.

They agreed to work together along with Japan’s sometime rival South Korea ‘towards denuclearisation of the Korean peninsula,’ a statement said.

The review proposed a middle ground by moving away from Trump’s ambitious but ultimately unsuccessful bid to reach a far-reaching agreement that, after seven decades, could finally bring an official end to the Korean War.

But the White House also said it would engage with North Korea, a shift from former president Barack Obama’s policy of ‘strategic patience’ — or, keeping Pyongyang at arm’s length until its behaviour changes.

‘Our policy will not focus on achieving a grand bargain, nor will it rely on strategic patience,’ White House press secretary Jen Psaki said Friday, while acknowledging that successive administrations have failed to achieve the goal of ending North Korea’s nuclear programme.

North Korea on Sunday denounced the Biden approach, saying he was keeping a ‘hostile policy’ in place for more than half a century.

‘The US-claimed ‘diplomacy’ is a spurious signboard for covering up its hostile acts, and ‘deterrence’ touted by it is just a means for posing nuclear threats to the DPRK,’ foreign ministry official Kwon Jong Gun said through state media, using the official name of North Korea.

US officials largely expected a strident reaction from North Korea, which is known for its colourful statements, including in 2019 describing Biden as a ‘rabid dog’ who ‘must be beaten to death with a stick’.

A welcoming dinner for the Group of Seven foreign ministers will address both North Korea and Iran.

Both the United States and Britain have played down reports that Iran will release their respective nationals from captivity as diplomacy steps up.

Britain said that talks were still continuing and denounced the ‘torture’ of dual national Nazanin Zaghari-Ratcliffe after Iranian state television said that she could be released from years of detention after London settles an old debt.

After the G7, Blinken will head Wednesday to Ukraine in a show of support after Russia last month deployed but then pulled back some 1,00,000 troops along its border and in annexed Crimea.