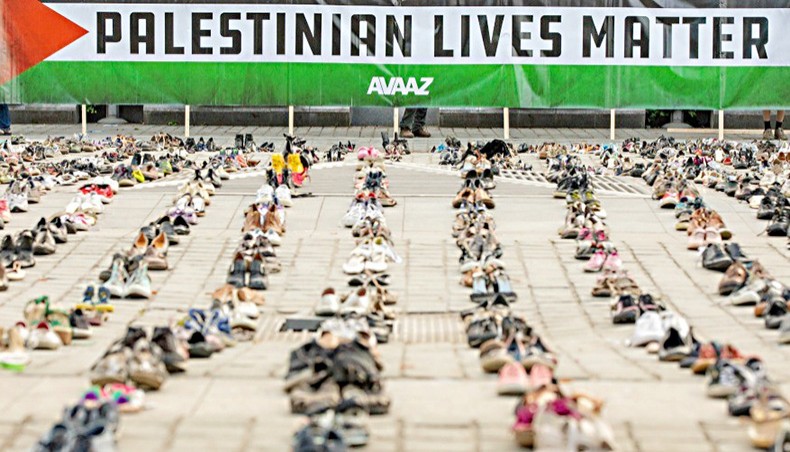 CRITICISM of Israel’s policies towards Palestinians has always induced a defensive rage from its defenders and advocates. ‘A Threshold Crossed’, a report by the Human Rights Watch, lit several fires of rage and disapproval. Israel, according to the authors, is responsible for apartheid policies.

The word, and the application of its meaning, is immemorially nasty. This policy of Afrikaans origin speaks to a hatred not merely of Black Africans but British imperialism and its carefree mixing of multiracial labour. But apartheid has become an expression so singular it resists appropriation, adaptation and application. This is all good from a historian’s point of view, but, taken in its theoretical idea and its application, the Israeli policy towards Palestinians in certain areas (the ‘occupied territories’, for instance) suggests that the term varies in application.

The HRW, however, is a touch loose on distinguishing the policy, highlighting that Israeli ‘authorities have dispossessed, confined, forcibly separated, and subjugated Palestinians by virtue of their identity to varying degrees of intensity.’ It remarks that the Israeli government aims ‘to ensure that Jewish Israelis maintain domination across Israel and the ‘occupied Palestinian territories.’

Israeli-Jewish domination is the leitmotif, whether it be ‘limiting the population and political power of Palestinians’, restricting movement, ‘Judaisation’ of areas with large numbers of Palestinians ‘including Jerusalem as well as the Galilee and the Negev in Israel.’ Acknowledgment is made that the nature of the discrimination, part of the ‘goal of domination’ does vary ‘to different rules established by the Israeli government in Israel, on the one hand, and different parts of the occupied territories, on the other, where the most severe forms take place.’ In this package of analysis, the report argues that such distinctions are specious.

Reference is made to the 1973 International Convention on the Suppression and Punishment of the Crime of Apartheid and the 1998 Rome Statute of the International Criminal Court. The definition of apartheid under both yields three elements: ‘the intent to maintain a system of domination by one racial group over another; systematic oppression by one racial group over another; and one or more inhumane acts, as defined, carried out on a widespread or systematic basis pursuant to those policies.’

The report makes no mention of the findings of the Russell Tribunal on Palestine, a people’s assembly inspired by the formula used by Bertrand Russell and likeminded intellectuals to subject the United States to scrutiny for alleged war crimes in Vietnam in the 1960s. This is an odd omission, given that the 2011 proceedings held in Cape Town concluded that two distinct racial groups were present; ‘inhumane acts’ based on that distinction had been committed by Israeli authorities; and that these arose out of the ‘institutionalised nature of domination by one group over another.’

The HRW report does take a place alongside a burgeoning collection of critiques and assessments of Israeli policy. Most of those, however, focus on the occupied territories as a distinct zone of political control and discrimination. In 2007, a report by John Dugard, UN special rapporteur on the situation of human rights in the Palestinian territories occupied since 1967, found that ‘[e]lements of the Israeli occupation constitute forms of colonialism and apartheid, which are contrary to international law’. These ‘legal consequences’ arising from such an occupation should be put to the International Court of Justice. The following year, the rapporteur remarked that Israel was ‘practising apartheid but in a very dishonest and concealed manner. At least South African apartheid was open and honest.’

Over the years, much heavy artillery has been brought to bear on those accusing Israel for policies that might be caught by that dirty term. The HRW report has endured a similar barrage of obloquy. Israel’s ambassador to the United Nations, Gilad Erdan considered the HRW’s findings ‘a collection of lies and fabrications, bordering on anti-Semitic.’

Arsen Ostrovsky, chief executive officer of the International Legal Forum, calls the report ‘tantamount to an anti-Semitic “blood libel” against the Jewish state’. It was filled with ‘malicious lies and gross distortions of law while peddling in unhinged hate, incitement and racist stereotypes.’ Doing exactly what he accuses the HRW of, Ostrovsky adopts a selective analytical lens: Israeli Arabs enjoyed ‘full political and civil rights’ while Palestinians living in the West Bank or Gaza had autonomous control through the Palestinian Authority and Hamas.

The authors of the report are accused of not considering the loss of Israeli lives, be it of soldiers or civilians as a result of terrorist attacks. Josh Feldman, himself a son of South African Jews, is keen to point out that the West Bank ‘separation barrier’ was the result of ‘Palestinian terrorist attacks’. All, in short, have suffered.

Like the Holocaust, apartheid is claimed to have a lineage of moral copyright and ethical intellectual property. There is an almost proprietary essence to it: certain people discovered it, patented it, implemented it, and therefore, no one else could possibly do the same. If they did, it would be slipshod, amateurish and shallow, not to mention a plain old insult. Israel might discriminate in its policies, but more would need to be shown.

Former Justice of the South African Constitutional Court Richard Goldstone signalled that point in chastising the misuse of the term. This is despite the view of the Human Sciences Research Council of South Africa, which found in 2009 that Israel’s control of the occupied Palestinian territories ‘with the purpose of maintaining a system of domination by Jews over Palestinians… constitutes a breach of the prohibition of apartheid.’ In opining on the activities of the Russell Tribunal on Palestine, Goldstone considered the apartheid accusation to be a ‘particularly pernicious and enduring canard’. Accepting that the word might have a wider meaning, Goldstone was stubbornly insistent that it remain anchored in the pre-1994 soil of South Africa. ‘It is an unfair and inaccurate slander against Israel, calculated to retard rather than advance peace negotiations.’

The same sentiments have been aired in response to the HRW report. Like Goldstone, these envisage a peace process that barely exists but can somehow be disrupted by the views of a human rights organisation. Michal Cotler-Wunsh, formerly a lawmaker for the Blue and White Party regarded the report as ‘a complete hurdle to peace’ and ‘driven by blind hate’.

Resistance against using the term ‘apartheid’ in the context of Israeli policy has not been total. Some crumbling has taken place in Israel proper. Veteran Haaretz columnist Bradley Burston, writing in 2015, said it was time to stop the qualifications and defensive delusions. ‘This is what has become of the rule of law. Two sets of books. One for Us, and one to throw at Them. Apartheid.’ He pointed to a few examples: the actions of fundamentalist clergy encouraging segregation, inequality, supremacism and subjugation; the suggestions by lawmaker and former Shin Bet chief Avi Dichter to segregate the use of roads and highways in the West Bank; attacks by Jewish settlers upon Palestinian property with impunity; Palestinians jailed or shot dead without trial.

Gideon Levy, also of Haaretz and ever reliable in keeping the fires of controversy burning, suggested in his response to the HRW report that Israel had, indeed, ‘crossed the line.’ Israelis might continue to praise themselves and ‘enjoy life and lie as we please.’ But hideous as it was, his citizens could no longer claim that the spit directed at their faces was ‘rain’.

In January this year, the longstanding Israeli human rights group B’Tselem used an approach similar to the HRW in concluding that there was ‘one regime governing the entire area [between the Mediterranean Sea and the Jordan River] and the people living in it, based on a single organising principle.’ According to the organisation’s director Hagai El-Ad, ‘One of the key points in our analysis is that this is a single geopolitical area ruled by one government.’ It was not a case of ‘democracy plus occupation’ but ‘apartheid between the river and the sea.’ Such a fact was concealed by different regimes of control exercised by the Israeli state, highlighting the inherent inequality between Jews and Palestinians.

Ami Ayalon, former Knesset member, and former head of Shin Bet and Israel’s naval forces, is also convinced that Israel’s political system ‘integrates apartheid and is not commensurate with Judaism’ though he is careful with territorial applications. The West Bank, he warned, is no democracy, marked as it is by ‘two different legal systems, one for the Jews and one for the Palestinians’. Such assessments can hardly be dismissed as blood libels and anti-Semitic fancies.

DissidentVoice.org, May 3. Binoy Kampmark was a Commonwealth scholar at Selwyn College, Cambridge. He lectures at RMIT University, Melbourne.