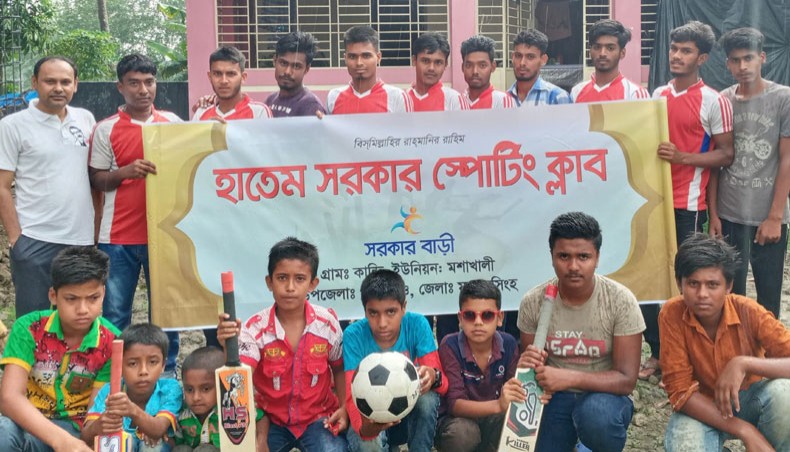 Hatem Sarkar Sporting Club started its journey on May 1 in Kandi viaalge of Moshakhali union under Gafargaon upazila of Mymensingh.

The club is named after the late Hatem Sarkar, the founder of Hatem Sarkar Bari Jame Masjid. Club president Md Jahirul Islam, secretary Md Ariful Islam, captain Abdullah Al Mamun and other members of the club were present at the inaugural ceremony, said a handout on Monday.