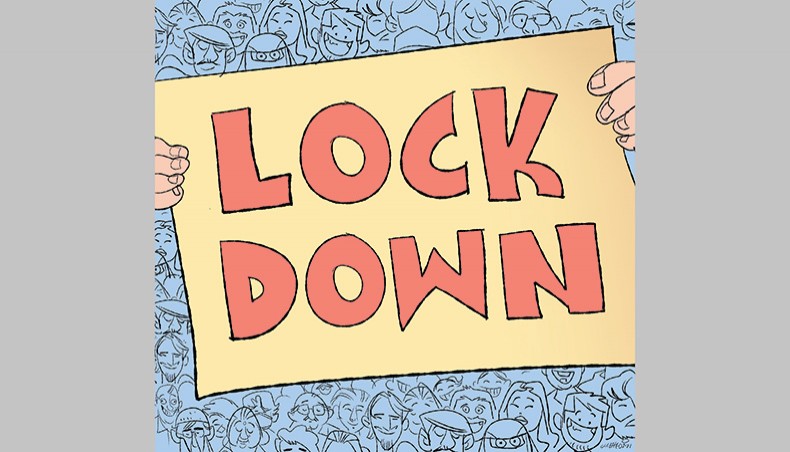 The government on Monday decided to extend the current restrictions on public movement and overall activities aimed at containing the Covid situation till May 16 amid widespread violations after the reopening of shops and shopping malls.

Buses would be allowed to operate within districts and cities from May 6 while the ongoing ban on public transports would remain in force for train, launch and inter-district bus services.

The decision was taken at the weekly cabinet meeting held virtually with prime minister Sheikh Hasina in the chair from her official residence Ganabhaban ahead of Eid-ul-Fitr to be celebrated around the middle of May.

‘The ongoing restrictions will continue till May 16 to contain the Covid outbreak,’ cabinet secretary Khandker  Anwarul Islam told a press briefing after the meeting at the secretariat.

He, however, said that a ban on public transports would be relaxed only for district buses to operate within each district from May 6 as the current restrictions extended in phases since April 14 ends on May 5.

Buses would operate within districts and cities, like the buses of Dhaka city would ply the city roads only, he added.

On April 5, the government imposed an 11-point restriction on public movement and businesses.

Members of the cabinet and secretaries to the ministries concerned joined the meeting from the secretariat.

About the enforcement of conditions for the reopening of shops and shopping malls, the cabinet secretary said that the police, city corporations and executive magistrates were asked to conduct drives to ensure that shoppers followed the health guidelines at markets.

‘Strong actions would be taken from now on if the mandatory use of masks and other health guidelines were not maintained there. Markets would be shut again if violation continues,’ Anwarul said.

About the Eid vacation, he said Eid might fall on May 14 and the three-day public holidays on the occasion might include the weekends — Friday and Saturday.

The businesses and industries operating during the restrictions would not be allowed to extend the three-day Eid holidays to avoid outflux of people from cities during the festival while government and private offices which have been closed since April 14 would remain so, the cabinet secretary said.

Meanwhile, the government has relaxed the restrictions for domestic and international flights on specific routes encouraging a growing number of people to come out of their homes despite restrictions on movement.

Public health experts observed that coronavirus infections would rise again because of the fresh relaxation of restrictions.

Noted virologist and former vice-chancellor of Bangabandhu Sheikh Mujib Medical University Nazrul Islam said that such relaxation of restrictions was against the actual objective of containing the virus.

He told New Age that the infection rate had been decreasing in the past few days due to recent restrictions but it would go up again due to the relaxation as the health practices could not be maintained at places like markets.

The government allowed all shops and shopping malls to reopen from April 25 considering the life and livelihood of most of the people.

The previous restrictions on public movement and business activities that had come into effect on April 5 were extended till April 14 amid widespread violations as many people came out of their homes while others went shopping, crowding markets despite high risks of infection in the capital as in the other cities.

Industries have been kept out of the purview of the shutdown.

According to the Cabinet Division notice, no one is permitted to move outside home without an emergency and the operation of all modes of public transport, including international flights, is banned during the period of restrictions, but the restrictions were hardly complied with.

The immediate past April was the worst month in terms of lives lost to Covid-19 in Bangladesh with 2,404 deaths, almost double the figure in July that saw 1,264 deaths when the first wave of the pandemic peaked after the virus was detected in March 2020.

The country’s Covid death toll reached 11,644 and the number of cases rose to 7,63,682 so far, according to the Directorate General of Health Services data updated on Monday.

Huge traffic congestions were seen in different areas in Dhaka throughout on Monday and markets were filled with shoppers as the Eid-ul-Fitr is approaching.

Many people ignored Covid health practices like wearing masks while most flouted social distancing guidelines as people and vehicles kept increasing on roads, especially in the capital, on the 20th day of the restrictions imposed to contain the spread of Covid infections.

The government imposed restrictions on public movement and overall activities from April 14, suspending the operation of public transports, including buses, trains and launches but excluding goods-laden transports.

The authorities, however, allowed all banks to continue their activities daily for a limited period.

The government allowed domestic flight operation on all but Cox’s Bazar route from April 21.

Leaders of the Bangladesh Road Transport Workers’ Federation are pressing for the resumption of bus services.

The flow of people increased at popular shopping destinations, banks, kitchen markets and shops across the city without maintaining social distancing while there were visible activities of any authorities concerned to enforce the restrictions.