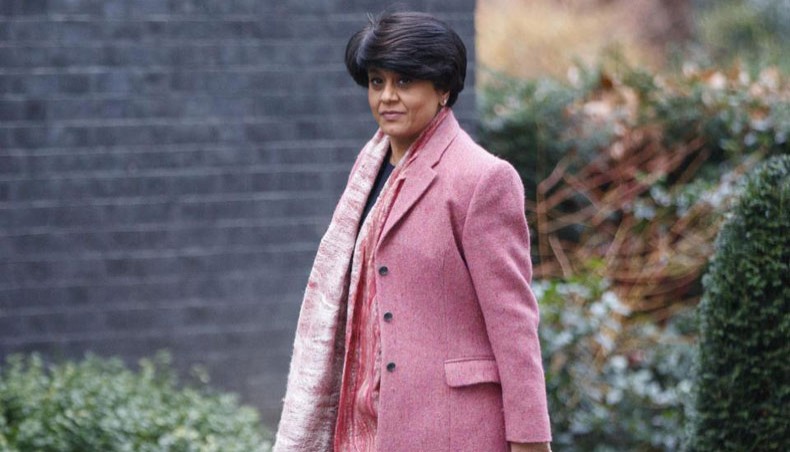 Vadera, a Uganda-born former investment banker, will take the helm at the RSC in August, after more than a year of intermittent coronavirus restrictions have left many theatre and other arts organisations reeling.

Based in Stratford-upon-Avon in central England -- Shakespeare’s birthplace -- it was founded in the 1960s but traces its history back to the 19th century through performances in the town.

As well as producing plays by the celebrated 16th century playwright, the company also presents works by Shakespeare’s contemporaries and modern writers.

Vadera said she had imagined Shakespeare in Uganda and India where she grew up, with the plays ‘giving me the courage to aspire to possibilities that transformed my life’.

She added she was ‘excited to be supporting and championing’ the RSC, as it ‘emerges from one of its most difficult years, responding to the global pandemic’.

After fleeing Uganda with her family following the expulsion of Asian minority communities in the 1970s, Vadera went on to hold a number leadership roles in large multinational companies.

She served as a development under-secretary in former British Prime Minister Gordon Brown’s government and was appointed to the House of Lords in 2007.

Nigel Hugill, the RSC’s outgoing chair who led the company for a decade, said his replacement ‘believes strongly in the company’s teaching’ and called her a ‘marvellous choice’.

Performance venues in Britain -- one of the countries worst impacted by the global health crisis, with over 127,000 deaths -- have been hit hard by months of coronavirus restrictions.

Under government plans to reopen the economy, small productions with limited numbers attending under social distancing guidelines will be allowed from May 17.

However, most performances are not expected to resume until limits on social contact are lifted, a measure expected to take place on June 21.