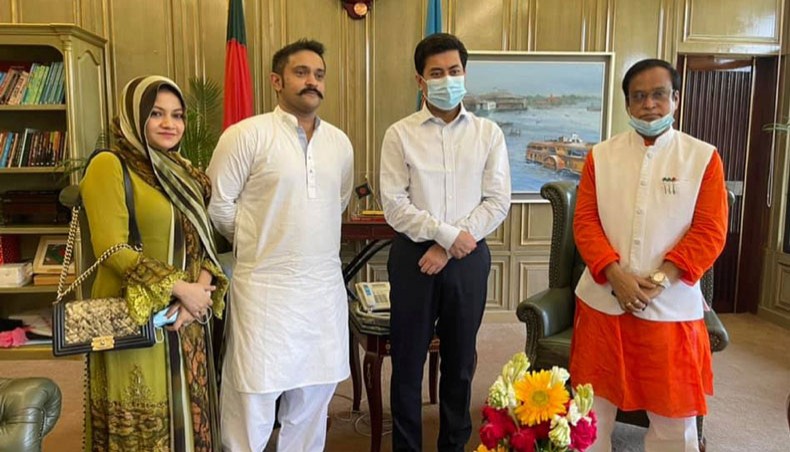 DSCC officials said that the Dhaka-7 lawmaker Haji Salim and Irfan met the mayor at Nagar Bhaban and took part in a photo session in a friendly environment.

Erfan Salim was released from Dhaka jail on Wednesday evening after six months of his imprisonment as a number of cases were filed against him after he beat up a naval officer in the capital’s Dhanmondi.

On Oct 24, 2020, the naval officer Lieutenant Md Wasif Ahmed Khan accused Erfan and his associates of assaulting him in a case filed with Dhanmondi police station.

On October 26, the Rapid Action Battalion raided Irfan’s home in his father’s nine-storey residential building in Soarighat and seized a pistol, an airgun, and bottles of liquor, 37 walkie-talkies and a handcuff during the raid.

RAB mobile court jailed Irfan and his bodyguard for a year.

Following the incident, the local government acquitted Irfan from his councillorship.
He was councillor of DSCC ward no 30.